Doctor Who - The Ark Review 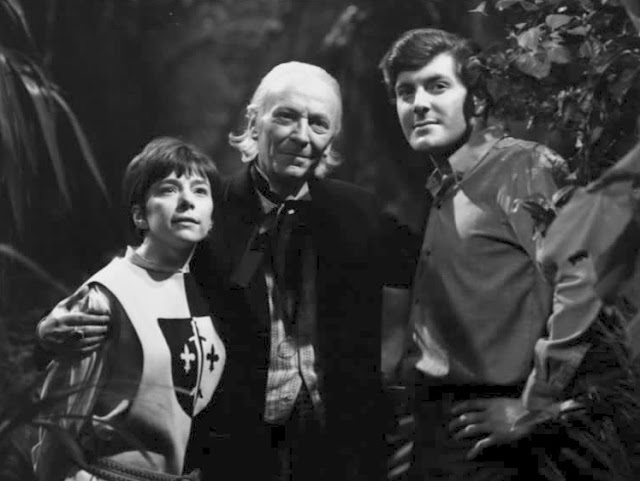 Doctor Who:
The Ark
By Paul Erickson & Lesley Scott

“The success of all we stand for, everything aboard this spaceship is suddenly endangered by the strange fever. A fever brought by these strangers in our midst!”

The Doctor and Steven and new companion Dodo arrive in a strange place which doesn’t make much sense with the types of animals living together.  Dodo has a cold and is sneezing all over the place. The problem is its 10 million years into the future and the Earth is falling into the sun.  The ark is the last survivors of earth and they have cured the common cold and have no immunity to fight it off.  So it’s up to the Doctor to make the cure and save the humans and The Monoids.  After saving everyone TARDIS lands them 700 years into the future but on The Ark.  This time things are different as The Monoids have enslaved the humans.  The cold and remedy somehow mutates The Monoids and they have a higher intelligence and a very evil persona at that. As they want nothing more than to have the planet to themselves and wipeout the humans forever. 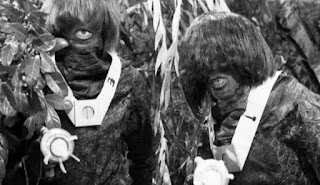 The Ark is two stories combined to make on story and I found the second story to be better than the first. The Ark is a pretty decent science fiction story and I do like the idea of the cold killing the humans and making them doubt their mortality.  You would have thought they would have scientist on board for such things as they are traveling through space and would be encountering tons of germs in space.  The way the humans try and deal with it is a tad strange. From the start we are to believe they are peaceful people but their first instinct is to kill The Doctor, Steven and Dodo.  Very typical scenario and there is always someone to rise up and take the opposite view. 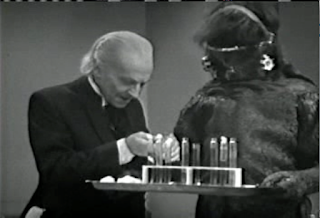 Finding the cure for any disease, in this case the common cold is a science fiction standard that has been used tons of times from Star Trek to any show that deals strongly in science fiction.  In The Ark I just didn’t care for this part of the story as it appeared the Doctor found the cure pretty quickly and well you knew he was going to find a cure.  The second part of the story was another stalwart in science fiction the oppressed people being held as slaves.  This time it’s the humans as The Monoids have enslaved their human masters as The Monoids were once the servants of the humans.
I found this part of the story more interesting as The Doctor was more like the one we have seen through this era. 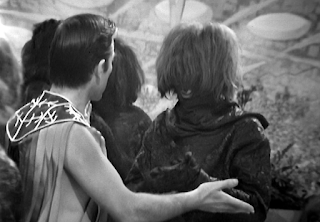 I did like it when they were on the planet Refusis and the concept of the invisible Refusisans.  Well it was a good way for the BBC to save money on that story instead of making a new alien.  The second part of The Ark actually wasn’t that bad with Steven looking for the bomb on the ark.  But it was a bit of a letdown with the ending as the Refusisans were strong enough to carry that huge statue to the airlock and just throw it out into space.  But when you look at it the second part was predictable as you knew the humans would end up freeing themselves from The Monoids and starting their new life on Refusis.

The Ark is not an altogether bad story as it is pretty simple to watch.  Plus if you pay close attention you will notice that the eye for the Monoids is in the mouth of the actors.  Yes it is right in the mouth.  I always found that to be quite comical.  So for some simple science fiction The Ark is one to watch again.
Grade C