Doctor Who - Details For Torchwood: The Victorian Age 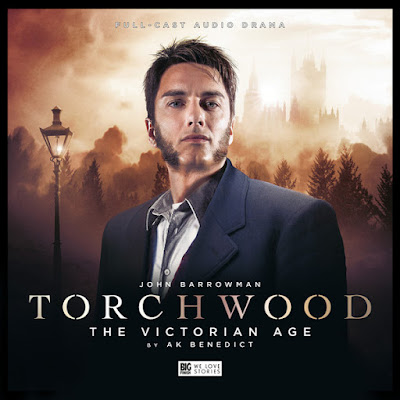 Out this month is a Torchwood adventure that takes place during Victorian Times when Torchwood was just getting started.  Starring John Barrowman as Captain Jack in a story that looks to be pretty interesting.
https://www.bigfinish.com/releases/v/the-victorian-age-1389

London, England, the 1890s. Queen Victoria, ruler of Great Britain and Ireland and Empress of India, has arrived for her annual inspection of the Torchwood Institute. This year, everyone is quite determined, nothing will go wrong.

Several minutes later a terrible creature is unleashed on the streets of London. No one knows where it comes from, what it is, or even why it's on Earth. It's ruthless, has no morals, and is quite unstoppable. Captain Jack Harkness is on the loose, and Queen Victoria is along for the ride of her life.

Executive Producers Jason Haigh-Ellery and Nicholas Briggs
Posted by DR5WHO at 9:54 AM