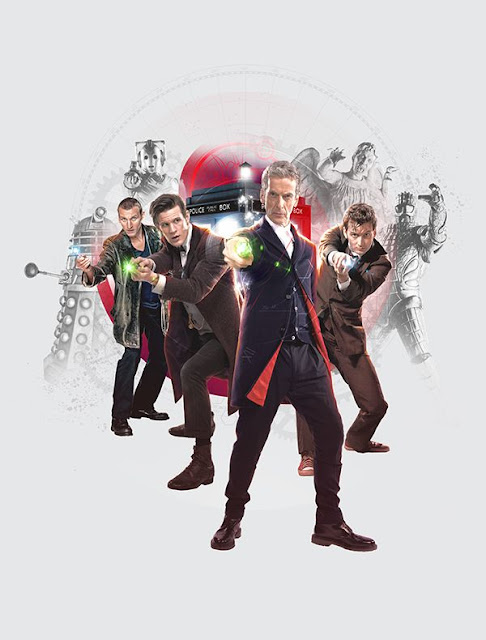 For those of you who have been missing Doctor Who on streaming sites like Netflix since the contract expired a few month's ago you can now rejoice.  Doctor Who will be streaming exclusively on Amazon Prime starting on Sunday March 27th.  Series 1 - 8 will be available with Series 9 coming in the Fall.  So far only Nuwho has been announced and there has been no mention of Classic Who and hopefully they will be adding the Classic Series at some point.  Below is the official press release.

•             U.S. Prime members can enjoy seasons 1-8 of BBC AMERICA’S award-winning science-fiction television series, along with all the Christmas special episodes, starting March 27, 2016 at no additional charge to their membership

•             Prime members can enjoy the series via the Amazon Video app for TVs, connected devices including Amazon Fire TV and mobile devices, or online. List of all Amazon Video compatible devices here.

Doctor Who, a BBC Production, began broadcasting on BBC AMERICA in 2005, follows the Doctor, an alien from a race called the Time Lords whose home planet is Gallifrey. The Doctor travels through time and space in his ship the TARDIS – short for Time and Relative Dimensions In Space – with numerous companions in an effort to continuously save the world. Christopher Eccleston (Thor: The Dark World), David Tennant (Harry Potter and the Goblet of Fire), Matt Smith (Terminator Genisys), and Peter Capaldi (World War Z) have all played the Doctor in the hit series. After BBC audiences were first introduced to the series fifty-two years ago, Doctor Who continues to garner global success while continuing to keep the fans and critics buzzing. Season 9 on BBC AMERICA was named the “Best-reviewed TV Sci-Fi/Fantasy/Horror 2015” by Rotten Tomatoes’ Golden Tomatoes Awards. BBC AMERICA premieres a new Doctor Who Christmas special later this year and premieres Season 10 in 2017.
Posted by DR5WHO at 9:22 AM