Details on Doctor Who - Dethras 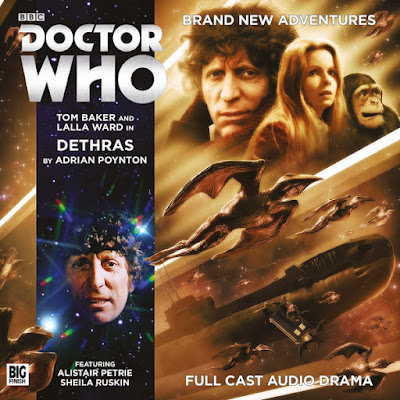 This months 4th Doctor Adventure The Doctor and Romana come across a submarine from World War 2 and not where they expect to find a submarine from that era. You can buy this audio release from the Big Finish website.
https://www.bigfinish.com/releases/v/dethras-1236

In the control room of a World War 2 submarine something strange has started to happen. As the ship runs out of control, its crew begin to fall unconscious...

Finding the submarine in the last place they'd have expected, the Doctor and Romana are confronted by a mystery. Once fully populated, there are now only three men on board. And there's now also a chimpanzee.

What has happened to the rest of the crew? What are the strange noises they can hear outside the hull?

And most importantly, who, or what, is Dethras?