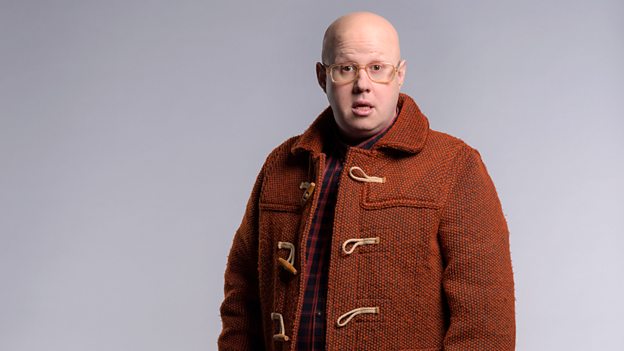 Here is interview three from the BBC Media Centre for the return of Doctor Who this Saturday. Today its Matt Lucas who plays Nardole.

Has Nardole changed now he's a regular traveller in this series with The Doctor? If so how?

I feel he has. He’s more textured, more three-dimensional. You couldn’t go through a whole series with him being as cartoonish as he was in The Husbands Of River Song. That episode was played for laughs because it was a Christmas Special. We get to learn more about him and why he’s there. He has a purpose.

They bicker. He works for The Doctor, but he’s never afraid to take him on either. He’s not shy in saying when he disagrees with something, and sometimes he’s just grumpy because he hasn’t had enough sleep. He definitely prefers the quieter life.

How does he feel when Bill joins them in the TARDIS this series?

As far as Nardole is concerned, the less drama, the better. So when a human comes on board he’s not exactly delighted. He doesn’t look up to humans either. He thinks they’re of little consequence (he’s right). I think Nardole wants to stay focused on the task he’s been given and doesn’t appreciate the distraction for The Doctor that Bill provides.

What were your filming highlights this series? Were there any funny or bizarre moments on set?

Michelle Gomez makes me howl with laughter. Pearl can do any accent. Peter is a font of knowledge. And the crew are the best I’ve ever worked with. We’ve been together for ten months and we laugh a lot now. I think I drive everyone mad.

My silliest moment was in the TARDIS, in a scene with Peter and Pearl. I was in my own world and hadn’t realised that the camera was turning. Peter and Pearl are acting away and I’m just reclining on the dashboard, playing about with buttons and then I start just chatting with Pearl about what I was up to at the weekend. Meanwhile everyone else is cracking up.

Who are your favourite enemies/villains from this coming series? What was it like to film opposite them?

Not saying. My lips are sealed. Okay then Mondasian Cybermen.

Do you prefer going back in time or the futuristic adventures?

Most of my adventures have been in the future. I enjoyed episode ten when we went back to second century Aberdeen, though the Brecon Beacons in November is probably the coldest place I’ve ever filmed.
Posted by DR5WHO at 4:30 AM