Details for Doctor Who "Smile" 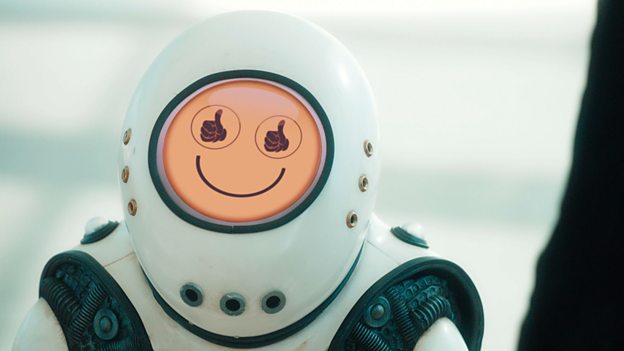 Here are the details and air time for the second story of series 10 Smile.

In the far future, at the edge of the galaxy, there is a gleaming, perfect city. This brand new human settlement is said to hold the secret of human happiness - but the only smiles the Doctor and Bill can find are on a pile of grinning skulls.

Something is alive in the walls, and the emojibots are watching from the shadows, as the Doctor and Bill trying to unravel a terrifying mystery...

The Doctor is played by Peter Capaldi, Bill by Pearl Mackie and Nardole by Matt Lucas. Guest-starring Ralph Little.