Doctor Who To Premiere On Disney XD May 9th

Doctor Who will be airing on Disney XD in the US and I think this is a good way to get a younger generation into watching the show and hopefully the continue with it and seek out the show on BBC America.  It is also a good move as BBC America is a premium channel and now the show can gain a larger audience.  Lets hope they add Matt Smith and Peter Capaldi episodes in the future.  Below is the press release.

TO PREMIERE ON DISNEY XD BEGINNING MAY 9 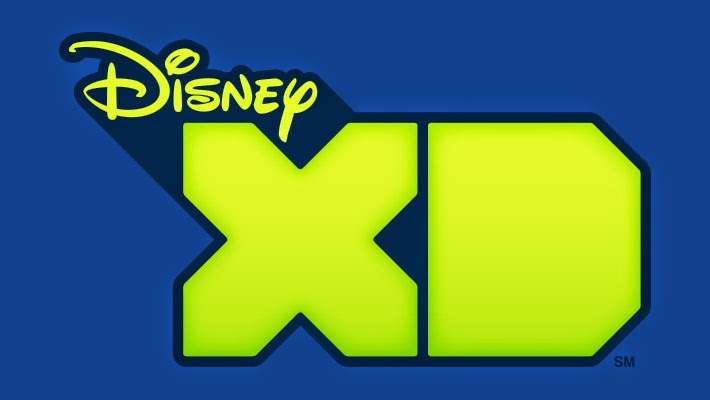 BBC's world-renowned science fiction drama "Doctor Who" will premiere on Disney XD beginning SATURDAY, MAY 9 (9:00 p.m., ET/PT).  Disney XD, home to other top-rated action adventure programming including Lucasfilm's "Star Wars Rebels" and Marvel Television's animated series, has picked up seasons two through four of the global sci-fi hit.  The landmark series depicts the adventures of the Doctor (played by David Tennant), a Time Lord who travels through space and time in his TARDIS combatting various enemies to save civilizations around the universe.

On Saturday, May 9, Disney XD will feature a preview airing of "Doctor Who" (season two, episode one - "New Earth") following the Disney XD premiere of "Fantastic Four" (6:45 p.m., ET/PT). In "New Earth," the Doctor and Rose board the TARDIS for new adventures in time and space. But when they visit mankind’s new home, far in the future, they find gruesome secrets hidden inside a luxury hospital. And an enemy thought long since dead, the paper-thin Cassandra, is out for revenge.

Marc Buhaj, Senior Vice President, Programming and General Manager, Disney XD said, "It has been a pleasure working with BBC and we are thrilled that their hallmark drama series 'Doctor Who' is joining the Disney XD programming line-up. This iconic series features the high-quality, high-stakes action and adventure storytelling that our viewers love. The show headlines one of the most charismatic lead characters in television in the form of the Doctor and showcases a compelling rogues' gallery of villains from around the universe."

"Disney XD is recognized for its family-friendly programming making the channel a great partner to introduce the David Tennant seasons of 'Doctor Who' to a new generation of viewers," said Matt Forde, EVP Sales & Co-productions, TV, BBC Worldwide North America.

"Doctor Who" originally ran on British television for 26 seasons between 1963 and 1989, before it was re-launched in 2005. Following the phenomenal success of the first season of the re-launched version that took British television by storm in 2005, the second installment is full of new thrills, new laughs, new heartbreak and some terrifying new monsters. Together, the Doctor and Rose (played by Billie Piper) travel back in time to the Highlands of Scotland to find Queen Victoria confronted by a terrifying Werewolf, and into the future where an evil team of humanoid-feline nuns hide a sinister secret at the heart of their hospital. A spaceship in the future holds a doorway to 18th Century France, where lethal Clockwork Droids stalk Versailles, and back on 21st-century Earth the human race is threatened by an army of emotionless Cybermen.  The second installment was produced by BBC in association with CBC.

Disney XD is a basic cable channel and multi-platform brand showcasing a compelling mix of live-action and animated programming for kids age 6-11, hyper-targeting boys and transporting them into worlds full of humor, unexpected fun and inspiring action-filled adventures. Disney XD-branded content spans television, online, mobile and VOD platforms. The programming includes series, movies and short-form, as well as sports-themed programming developed with ESPN. In the U.S., Disney XD is seen on a 24-hour, advertiser supported network that reaches over 80 million households via its basic cable and satellite affiliates.  In total, there are 31 Disney XD channels available in 25 languages around the world.

BBC Worldwide is the main commercial arm and a wholly-owned subsidiary of the British Broadcasting Corporation (BBC) operating in the U.S. and Canada.  The company exists to maximize the value of the BBC’s assets for the benefit of the UK license payer and invests in public service programming in return for rights. The company operates channels, a production arm, consumer products and a digital business, in addition to handling sales & co-productions.  Under these businesses fall two key brands in the U.S. – digital cable channel BBC AMERICA and BBC Worldwide Productions, the production arm responsible for the smash hit Dancing with the Stars.
Posted by DR5WHO at 8:29 AM