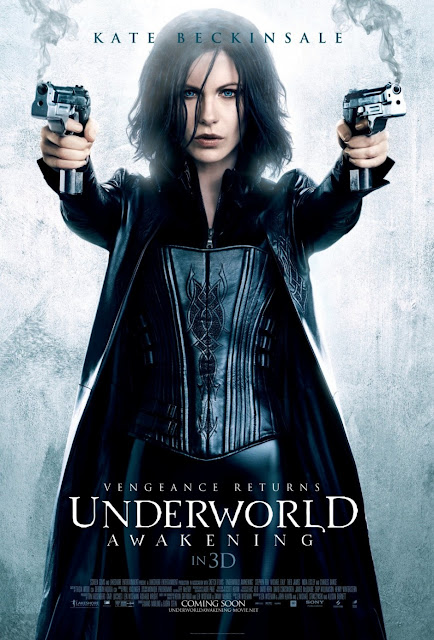 This week has been a week for watching movies with woman kicking ass.  Earlier this week I watched Gina Carano putting the beat down to the bad guys in Haywire.  Now I’ve just finished watching Kate Beckinsale kicking ass in Underworld: Awakening.

Now Underworld: Awakening is the fourth installment in the Underworld franchise and also heralds the return of Kate Beckinsale as the vampire and main hero Selene.  Good news for all fanboys who want to see her in that form fitting PVC costume. Don’t worry girls there are some hot male vampires and Lycan that are shirtless in this movie to satisfy the masses. 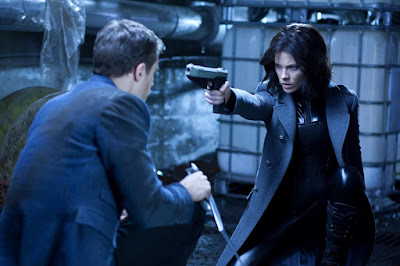 Anyway back to the movie.  If you go to Underworld: Awakening expecting to be blown away by an intelligent story then you should probably skip this one and go see something else.  If your appetite is craving mindless action and lots of gun fights with blood and Lycan heads being ripped off then this movie will satisfy your action movie craving.  Needless to say I was in the mood for a movie that I didn’t have to think too hard to understand (with a head cold that is priority one) and Underworld: Awakening fit the bill nicely.  Yes there was a story but it was a nice easily to follow story that made sense to a point.  Remember this is a science fiction action film so making sense isn’t the number one priority. 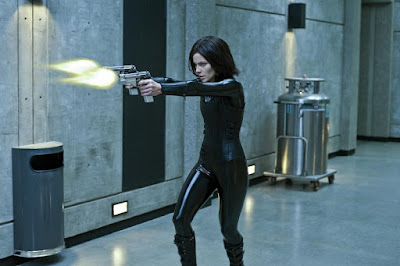 The story was enjoyable. It was amazing that they fitted it in between the numerous action scenes that were in Underworld: Awakening. The story mainly centers on Selene who wakes up from a cryogenic sleep by Patient 2.  Patient 2 turns out to be her daughter and everyone wants to get Patient 2 back. Mainly the Lycans who need her to help with their serum for silver immunity.  Well her blood is what they really need. Well that is more or else it of the story and the fact that humans are hunting them down.  That part of the story is only a footnote in this movie and only serves itself well in the prolog. 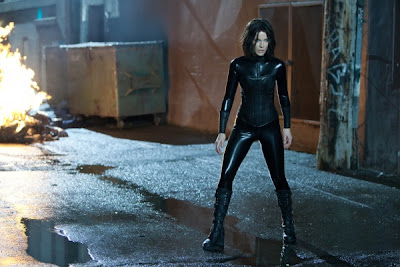 The action in this movie was just plain awesome.  It was amazing to me to see how many different ways that Selene could kill a Lycan.  I really liked the fighting scenes where she wasn’t shooting the guns but had to use her fists.  Those were pretty impressive since she isn’t all that tall and she had to do it against non-computer generated Lycans that were added later. Needless to say I did enjoy Underworld: Awakening not for its intelligent storytelling or air tight plot but more or less for the endless display of gratuitous nonstop action with the lovely Kate Beckinsale dishing it out.
Grade B-