My Top 10 Sci-Fi/Fantasy TV Series of All Time 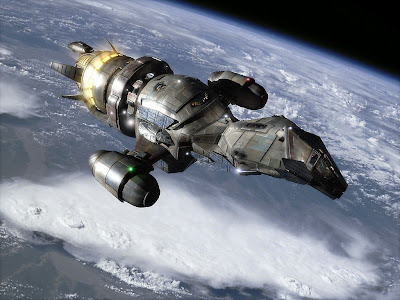 So I hope some of you have enjoyed my 5 part look at my top 10 Sci-Fi and Fantasy shows of each decade ranging from the 60’s to 2000’s. I thought that I could stretch this out just one more week and have a battle of these top shows with my favorites bubbling to the top and analyzing the different decades. 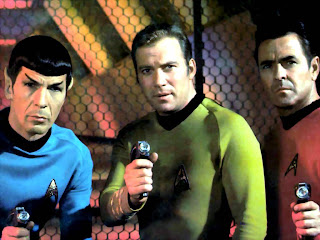 The 60’s is the birth of Sci-fi TV. Sure there were shows in the 50’s but for the most part, the really good stuff began in this decade. The 60’s had the start of two of the most influential Sci-Fi shows of all times, Doctor Who and Star Trek. TV was really finding its place and was becoming more and more sophisticated.
Still, most of my viewing of the 60’s happened in the decades to follow and especially watching shows two or even three decades later, I was surprised how good much of it was. Sure, there at times were budgetary limitations and dated concepts and effects but many of the stories were fantastic. 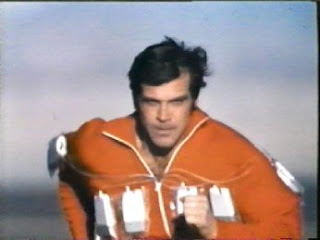 The toddler age of Sci-Fi TV, the 70’s, included so many new concepts and mirrored society of the day. We had the everyday man saving the day concept. Individuals could do so much more as superheroes even. Many times breaking free of government or a place of safety, men and women fight to survive against tough odds. The powers that be could not always provide safe havens anymore.
This was a time period that shaped my interests in Sci-Fi. By the time Star Wars was on the big screen I was already fan of Sci-Fi thanks to Star Trek, Six Million Dollar Man and Space:1999. I began learning about television and accepted it as a primary venue to enjoy and escape. 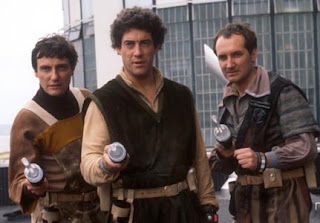 The 80’s for Sci-Fi and Fantasy may be more embarrassing or forgettable. Like the fashions and hair of that decade, many images from that time period date the series more than any other just by looking at the music, effects and styles.
I personally was enjoying tons of TV shows but from other decades. My interest in British Sci-Fi dominated my free time and even was partially responsible for the direction my life took in these years. When examining my best of the 80’s list I find little that was of high quality but what does come forward is outstanding. 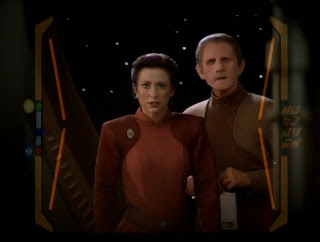 The 90’s can be considered high quality years. For me I focused my interests on TV a bit and hopefully honed my tastes and tried to not accept just any Sci-Fi series as good. Stand alone stories made way to more serialized seasons, making it harder for casual viewers to follow but probably making things more enjoyable for fans. The flooding of Sci-Fi series in this decade made it a bit too much at times. 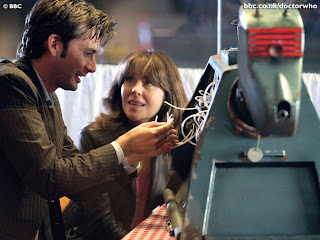 The 2000’s was sort of a revival of Sci-Fi for myself and perhaps TV in general. With Doctor Who and Gerry Anderson (New Captain Scarlet) returning to TV it was as if the good old days were back. Personally changes in technology allowed me to see more than I normally would. In the 80’s the videotape allowed fans to become fans much easier as we shared shows from around the globe and now the internet made this sharing, while illegal possible. This pushed broadcasters in America to show more foreign shows in a much more timely manner. The internet also was a great promoter for all kinds of series, getting even older shows new life and recognition.
The Battle –
My top shows of the decades 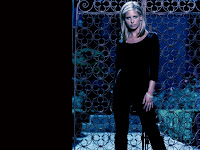 10 – Buffy, the Vampire Slayer – For a show that almost was my #1 of the decade, to have this show slip to #10 on my all time list means that there is so much more to all the rest on the list. This show is incredible and has some of the best writing of any shows on this list. Its balance of humor, action and drama coupled with some great characters makes this an outstanding show that was a surprise to me, thinking it would be just a teenage vampire show. It is so much more.

9 – Twilight Zone – Speaking of good writing, this show excels on so many levels. The stories are basic but powerful and the variety of ideas and characters keep this fresh for all its seasons.  These classic stories border on horror and sci-fi but have so much more included. 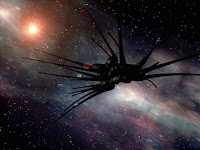 8 – Babylon 5 – I can’t believe this show is so low but a weak season 5 perhaps did it in. Still, it can easily be compared to any others on this list and I can’t argue with anyone who puts this at number 1. 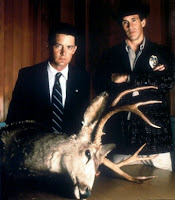 7. Twin Peaks – I am currently watching this show and along with some mediocre stuff is just genius. Some of my favorite moments on TV come from this series and it still has an impact years later. 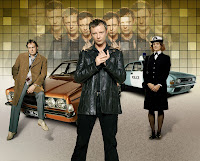 6. Life on Mars – Okay, we are now splitting hairs with this list. Life on Mars is an outstanding show. I suppose if you coupled this with Ashes to Ashes this show may move up on my list a bit. The fact that the fantasy element is a small part of this show may have also kept this from creeping up where it doesn’t belong. Still, there is not much better than this in my book. 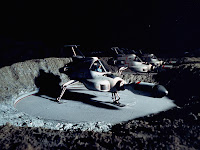 5. UFO – I love this show so much but cannot place it any higher against so much quality ahead of it. For years this show was always one of my must watch each year and it is still important to me on so many levels. 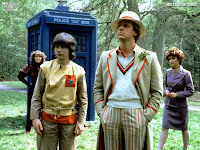 4. Doctor Who (80’s) – How could I not leave Doctor Who off the list. Each decade had a chance but this one has so many quality stories in it I had to include it. You cannot leave Kinda, Earthshock and Caves of Androzani off any list.

3 – Firefly – This show is near perfect in its delivery. Of all the shows ever I cannot understand why this one is not still going on. This has the advantage of having few episodes but none of them are any worse than excellent. 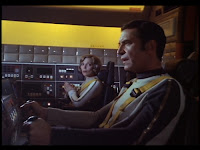 2 – Space: 1999 – Okay, this is my favorite show of all time. I will never put this lower on any of my lists, except this one. I have to place it here because of the second season problems, bruising perfection. Its not that it doesn’t achieve first place it is just that the best TV series ever is taking its spot.


1 – The Prisoner - I recognize this show’s importance and ambition and cannot put any show above this. Even the recent remake boosted this classic higher because it was not what was shown that did it, it was how and why it was shown. The Prisoner, as I said before, should be mandatory viewing for any TV fan. If you could only watch one show, it has to be this. 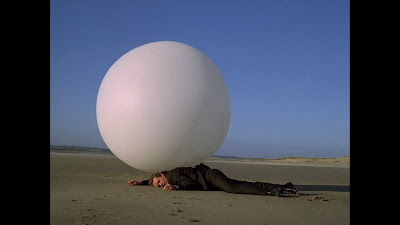 So I geekily concocted a rating system and came up with the 70’s as the winner. The 2000’s is very close in second with the 60’s right there in third and the 90s and 80’s bringing up the rear. This seems right to me and like anything I am sure this list will change as my tastes change. I am already tiring of the 80’s more and more each day and am finding some of the 70’s Doctor Who, for example to be better and better, so you never know.
Feel free to share your lists and thoughts –thanks
Posted by SHADOKP at 7:16 PM