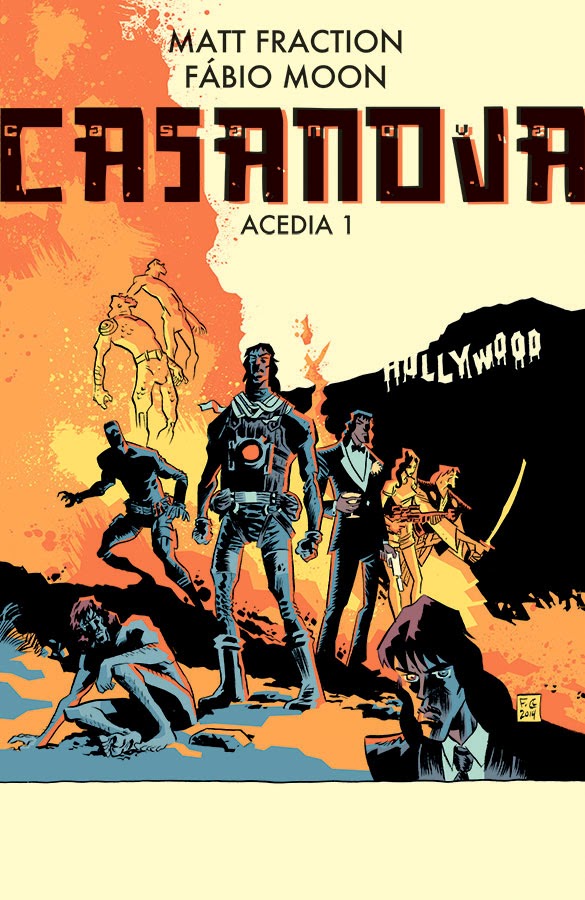 In CASANOVA: ACEDIA #1, Casanova Quinn returns to find himself caught between unlocking the riddle of his own past and discovering the hidden history of his mysterious new criminal benefactor. “When we last saw him, Casanova Quinn crash-landed on our Earth from the ruins of his past with absolutely no memory of who he is, where he came from, or anything that happened to him before — but he knows he was somebody dangerous and that people are out to kill him," said Fraction. "So new readers and Cass alike have the exact same blank-slate context for this all-new adventure in Los Angeles.”


“It’s an L.A. that’s in the thrall of strange occult happenings—weird graffiti, strange crimes, frightening omens—and it’s set the whole town on uncomfortable edge,” explained Fraction. “Against this hyper-paranoid backdrop, Casano va sets out to investigate the life story of his employer, another dangerous man who, like Casanova, has no memory of his past beyond hints of horrific violence.”

Fraction added: “While Moon and I tell the story of an amnesiac Casanova and what new kinds of trouble he finds himself in, Chabon and Bá’s backups shine a light on what kind of people are hunting him down, where they’re hunting, and why. Longtime readers get a fuller picture and brand-new readers will learn about this world as Casanova RE-learns it to survive.”

The idea came up at the end of a podcast with the two writers when Chabon mentioned a desire to write Casanova backups in the spirit of Stan Lee and Jack Kirby’s classic "Tales of Asgard" strip. Produced for the back pages of The Mighty Thor, these stories introduced young Marvel Comics readers to classic Norse lore.

"When people ask me to name some of my favorite current comic book titles, Casanova is always the first one out of my mouth,” said Chabon. "Now I have to put my mind where my mouth has been! I'm just going to try to reach the high standard that Matt and the Moon/Bá brothers have consistently setting in this book, issue after issue, arc after arc.”

CASANOVA tells the story of a hedonistic thief turned kind-of spy as he navigates the incredibly complex and stunningly psychedelic parallel world of interdimensional global espionage.