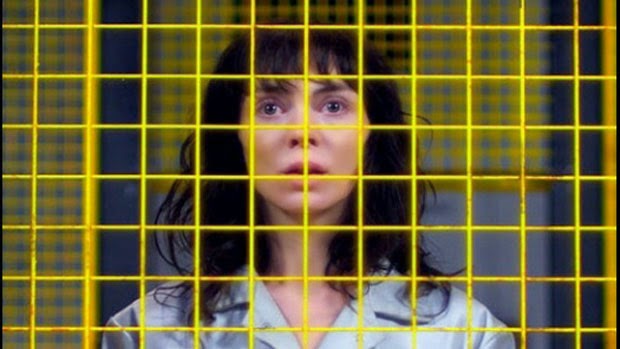 Utopia, the series that debuted in the UK on Channel 4 in 2013, not that ‘reality’ garbage on FOX.
Are you in the mood for a series that is upbeat and positive?  Want a show full of high hopes that the whole family can watch?  Then don’t watch Utopia.  Actually, The Walking Dead is more upbeat than Utopia and that is saying a lot. 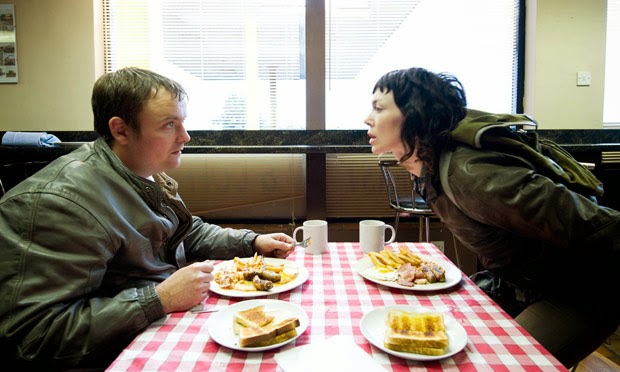 Utopia is about a secret plot to cull the world’s population in order to save the survivors.  With natural resources and supplies running out, a diabolical plan is set in motion to release a virus that targets a fairly small amount of the population secretly.  This plot is discovered by a rag-tag group of individuals who spend most of their time trying to unravel the secrets and stay alive.

The series was comprised of 2 seasons of 6 hour long episodes (A full hour mind you) that just ended a short while ago and was canceled.  The show boasts some incredible imagery and very violent content.  A while back HBO had announced that they would remake the series because the US remakes everything.

The series can be tough to watch as it is full of very violent scenes that seem to be there just to shock audiences.  In addition to the slaying of some school kids in season 1 we have an eye gouging, stabbings and numerous gun killings that result in blood being splattered all over the place.  Often the killings are done with emotionless people who act in a detached manor that can almost seem humorous at times. Most of the children being killed in this series are off camera but everyone else is fair game. 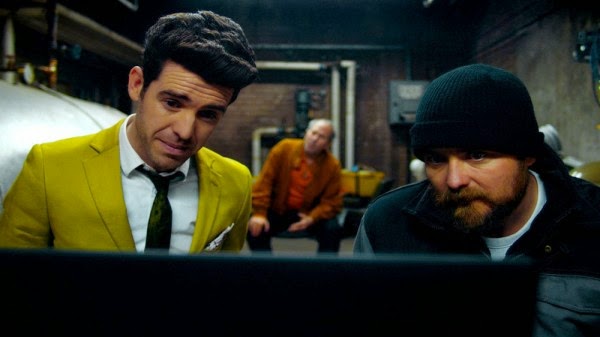 Some of the characters, like the killing duo who are like a double act of humor, are so unemotional and kill everyone they encounter. The contrasting imagery of these two is complete as they carry around a bright yellow bag with handles that resemble a smiley face.

What is probably more disturbing is the entire plot to fabricate a flu scare and then provide an inoculation that will kill many people.  The people behind this plot are shown as almost heroes trying to save the planet and will stop at nothing to carry this out.  Over the course of two seasons more and more is revealed about the origins of the plan and the multi year plan to carry it out.  By season 2 we are at the V day when the virus is set to be released.

The arguments and the cold hearted way this mission is being carried out is what is really disturbing and bothered me more than any horror film.  This is something that could be real and could be planned. 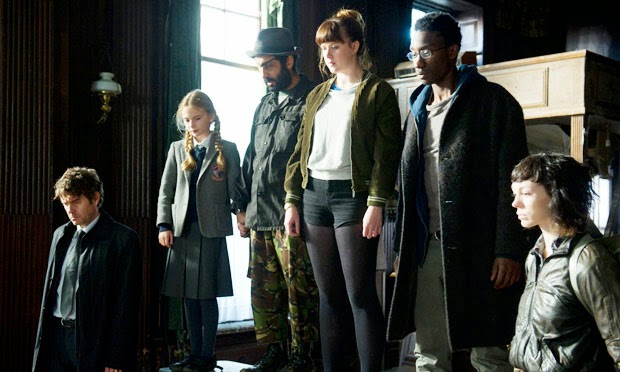 The series centers on several key characters including a group of ‘civilians’ who have uncovered the plot in an unpublished graphic novel. They soon learn that the plot has infiltrated the government and spend most of their time trying to figure out the puzzle of the graphic novel.  Their search for Mr. Rabbit ( a figure who was important to the plot) and Jessica Hyde (a mysterious woman) brings them into the plot and endangers not only their lives but their families.

Some of the most appealing parts of this series are the way that the cinematography and tone are presented.  The series looks incredible with great use of wide screen shots and vivid color.  The color is oversaturated to a point to still look natural but with so much punch that it is one of the most notable elements.

All the rest of the production elements including editing, music and performances all add to the flavor of the series.  It is certainly beautiful to look at and the producers have taken time to paint the series with vibrant yellows and greens that are contrast with splatters of red.

The host of characters are well conceived and acted with the killing duo standing out as highlights.  For the most part the cast do their part and play their parts.  At times the supporting cast outshine the main cast.  Ian McDiarmid (The emperor in Star Wars) is probably the biggest name in the cast for sci-fi fans.

The show is probably not really sci-fi except for the fact that the idea of genocide creating a new, better world is considered sci-fi.  The fact that the show is based in reality with a good dose of paranoia really adds a horror element to it as well as a drama and thriller.

This is a show that won’t appeal to everyone.  While it does have a fair amount of humor, the humor is dark and the story is entirely depressing.

The second series ends on a mini reboot of sorts and the threat against the characters and the world still exist.  It is a shame that the show was canceled and that we will never have a resolution.  With a couple of minor tweaks in the script the show did have an ending of sorts with the good guys winning and everyone, for the most part, having a happy ending.  But that is not Utopia and in the end we have everyone’s lives in danger yet again.

I have to imagine that a remake on HBO might be able to push the boundaries of violence and tone like Utopia did.  I will be interested to see the remake and am curious if they will have a chance to end the show properly.