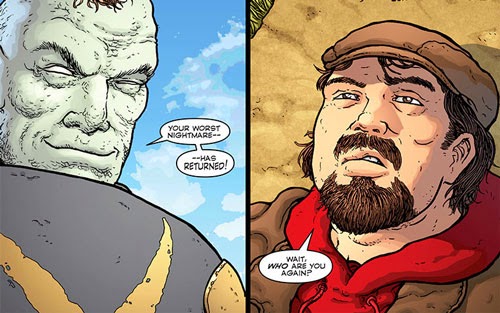 Peter Stanchek. Toyo Harada. The two most destructive superpowers in the world — literally — have come to a reckoning of will, and in the fallout of their cataclysmic conﬂict, each will come to grips with a world in which the other is free…and unchecked. Their former families, the Harbinger Foundation and the Renegades, lie in shards around them. What will stop these men — either of them — from reducing the world to ashes?