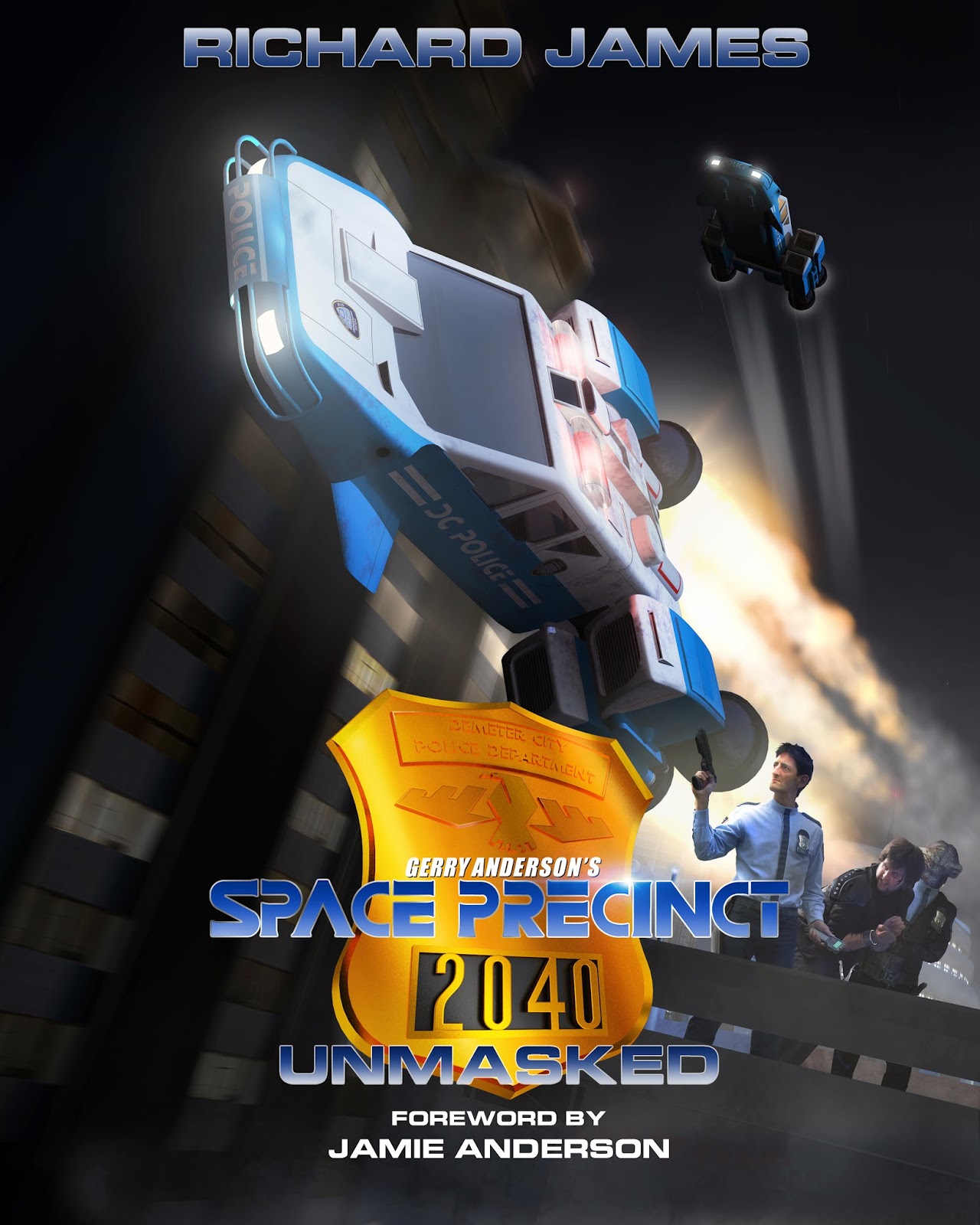 Space Precinct is one of those under appreciated TV shows that not too many people saw or gave a chance to when it came out in 1994. The show was watched by me for two reasons. One, it was sci-fi and two, it was by producer Gerry Anderson who had numerous terrific TV series such as Stingray, Thunderbirds, Captain Scarlet, UFO and Space: 1999. Space Precinct was an idea that was batted around for years, first as a pilot, Space Police in 1989 and finally was given the green light a few years later. The show had its charm and despite some problems with finding an identity. Sporting a good cast, excellent effects, exciting music and all around superb talent, Space Precinct did fairly well in the UK but failed to attract audiences in the United States primarily because they were asleep at 2am (bad time slots).

The look of the series is very familiar as it appears to be a cop show but in outer space. We have sci-fi stories and of course, aliens. The make up effects were done by Neil Gorton (Doctor Who) who produced some excellent aliens including the two primary races, the Creons and the Tarns. Humans were also populating the cast including Lt. Brogan (Ted Shackleford) from Earth. The book, Space Precinct – Unmasked is written by Richard James, a fresh face in acting. His face would not be seen though in the show as he played one of the Creons, Orrin. Donning make-up and prosthetics each day, James would also get to play other parts in the show.

Richard James has decided to share his time on this show and includes a wealth of information about the early beginnings to the wrap of the first season. His point of view is unique and interesting as it includes his limited perception of the entire series as well as insights on what the show was going through with money problems and ratings failings. He brings a nice sense of humor and perspective that is not jaded nor over joyed with his experience on the show at the time. He understands, as the narrative goes on, that it was a job that might lead to better jobs. His enjoyment of these times also shows through which is contrasted by some of his fellow actors who were less happy with the series.

The book has little about James and concentrates more on his involvement on the show. The book also looks at each episode and includes information about each of those scripts and what he thought of them at the time. James also pulls mini interviews and statements from various cast and crew to augment the text which helps flesh out the structure of the book. We learn more about James as we go along.

As a fan of Space Precinct it was a surprise to read so much that I did not know about and it certainly made me want to go back and watch the show again. Richard James is straight forward but knows how to tease and entertain with his writing style. Hearing from anyone who played a character 'behind the mask' is always fascinating to readers because we really don't know too much from what we see in the finished show.

The book is full of behind the scenes photos and diagrams that punctuate the overall design which is pleasing. I know much more about Richard James and Space Precinct. There is not much out there about the show and so this makes this book highly sought after for fans. It is also an excellent look at television production from one of hidden but present cast members. Not only would Space Precinct and Gerry Anderson fans be interested in the book but fans of television, movies, sci-fi and the men, and women behind the mask would also find this book enjoyable.