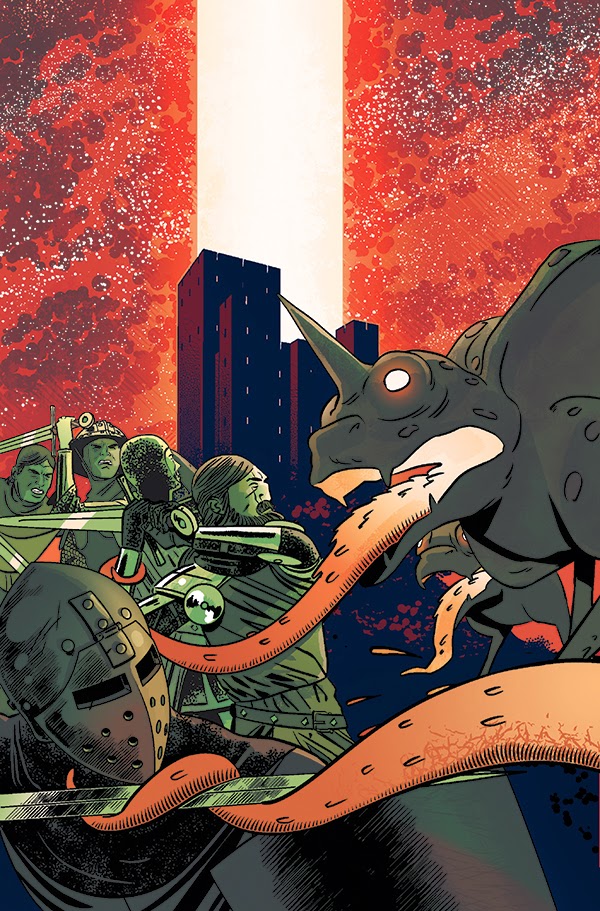 ABNETT & CULBARD PREMIERE DARK AGES!
Kingdom of Heaven meets Starship Troopers in new comic series!
FOR IMMEDIATE RELEASE: ANAHEIM, CA—Dark Horse Comics is pleased to debut Dark Ages, another cosmic thrill ride from Guardians of the Galaxy’s Dan Abnett!
The creators of Vertigo’s The New Deadwardians, Dan Abnett and I.N.J. Culbard, deliver medieval sci-fi action in Dark Ages! The medieval world is locked in war. As a godless mercenary company slogs across Europe in search of sustenance and coin, they encounter a demonic force born not of hell, but of somewhere else entirely!


Check out the exclusive interview with Dan Abnett on Comic Book Resources!
Praise for Dan Abnett and I.N.J. Culbard:

“Dan Abnett continues to amaze with awesome character work and superb plotting in this action packed thrill ride.”—Weekly Crisis
“Abnett and Culbard do wonders with the time period and world building including being very smart about the nomenclature of the undead.”—Comic Book Resources
“Culbard’s work is the definition of simple yet elegant.”—IGN