Philip Morris and the Last Omnirumor - We Hope

The Omnirumor saga is getting weirder, uglier, more frustrating and exciting all at once.  A statement by the TIEA Executive Director seems promising -

T.I.E.A understands the passion felt by Doctor Who fans and that looking for missing episodes of Doctor who plus many other shows is an important but tiny part of the work that T.I.E.A does.The main aim of this organisation is to assist those archives whose own cultural heritage is under threat.If any programmes do still exist T.I.E.A will endeavor to recover them safely as with web of fear and enemy of the world.T.I.E.A are not sponsored by any organisation we are a completely independent body we work alongside many organisations such as the B.F.I .

However as much as people want specific programmes found wishing them into existence or starting rumors will not magically return them .Individuals trying to extract information which does not exist or is commercially confidential will be deleted unread any legitimate inquires for T.I.E.A LTD services are welcome.

We also have people online being uncovered as hoaxers, people on youtube claiming they have a complete boxset of missing episodes and people accusing Missing Episode Savior, Philip Morris, as a hoarder. This is getting crazy but exciting. 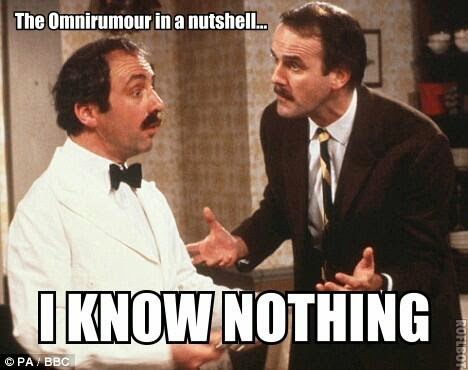 So much is going on that I have lost track of it all but the above statement seems to me to suggest that Philip Morris will get to any British TV finds in due course but he has more important things to work on.  Certainly while ranking potential film and their importance to society and history, Doctor Who probably ranks fairly low but we fans might not see it that way.  Morris might have gotten those film cans because he promised to take thousands of film cans and preserve them before they deteriorated any more.  His priority are to the foreign archives and making their films endure by restoring them right away. Perhaps his payment was the British TV and he will release those time and again to raise money for his continued work on saving cultural records for various countries.

This theory seems logical to me but it doesn't bode well for seeing Doctor Who soon.  Still, we can hope.  I am getting a feeling that to calm the masses something is afoot.  Philip Morris is tweeting and retweeting quite a bit over the past couple of days.  Perhaps he has come up for air and while there is certainly a stink about, hopefully he realizes all the appreciation by millions of fans.  There are people so upset with the non activity on the Omnirumor front that they are getting rude (more rude) and vile (more vile).  The internet allows people to act like idiots without any accountability.

I too am frustrated at this wait.  I cannot wait for more Doctor Who.  I so badly want to hear the entire story of Philip Morris in Africa and have hours of Doctor Who I have never seen before.  I am not going to rip into Morris, nor will I contact Africa archives. I won't lose any sleep over this.  I will wait.  Not patiently sometimes, but wait because the end result will be glorious.