Doctor Who - LI Who 3 Adds Two More Guests From NuWho 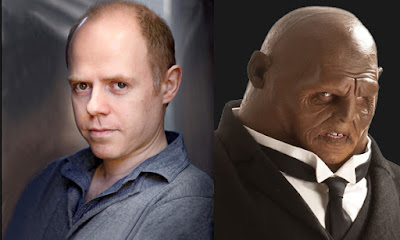 Two more NuWho guests have been announced and one of them is making their first appearance on the Island.  Dan Starkey and Nina Toussaint-White have been added to the ever growing guest list and will be there all days signing autographs and photo ops.  You can order your tickets from the LI Who website.
http://longislanddoctorwho.com/ 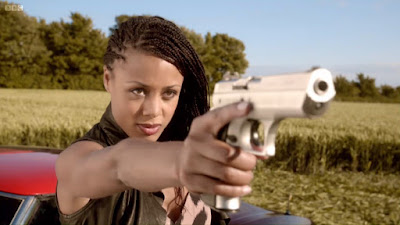 L.I. Who announces New Series Doctor Who guest Nina Toussaint-White to make her return to Long Island. Nina who starred in the Doctor Who Series 6 episode “Let’s Kill Hitler” as Mels/River Song. She has also been in many other British television shows such as The Bill, Primeval, EastEnders, Whitechapel, Casualty, and Switch. Ms Toussaint-White will be doing a photo shoot in a screen accurate costume from her episode “Let’s Kill Hitler”.

L.I. Who welcomes Dan Starkey to his first appearance on Long Island.

L.I. Who welcomes Dan Starkey to his first appearance on Long Island. Dan Starkey has cornered the market in playing Sontarans in the new series of Doctor Who, first appearing in the 2008 story “The Sontaran Stratagem” as the titular commander, a role that eventually led to his current recurring (and extremely popular) role as Strax, the Sontaran bodyguard for Madame Vastra’s Paternoster Gang; he last appeared in  “Deep Breath”. His other credits include Wizards vs Aliens and The Sarah Jane Adventures, as well as many appearances in the Big Finish audio range.

Dan Starkey can be found on Twitter @StanDarkley
Posted by DR5WHO at 2:07 PM