Doctor Who - Details For Prime Winner 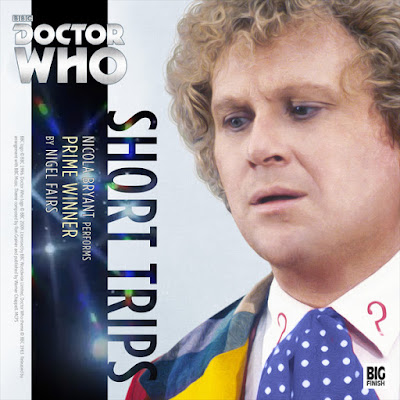 This months download only release features a 6th Doctor story narrated by Nicola Bryant who played Peri during the Colin Baker era.  You can get this download adventure from the Big Finish website.
http://www.bigfinish.com/releases/v/prime-winner-1345

The TARDIS makes a forced landing in a lavish room looking very much like the foyer to a 1930s casino. But the games being played in the halls are unlike anything they would find on Earth, and the players are far from human. And then Peri sees her stepfather...

Cast
Nicola Bryant (Narrator)
Posted by DR5WHO at 5:00 AM