Doctor Who - Details on The Labyrinth of Buda Castle 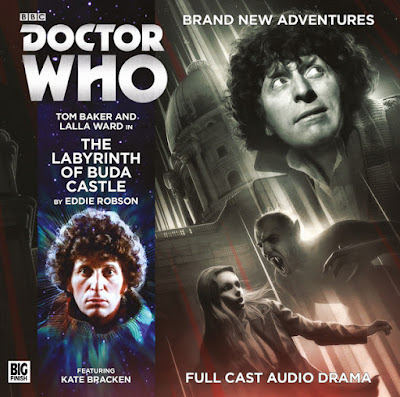 This month's 4th Doctor Adventure takes place in Budapest a the trouble there appears to be a vampire.   You can get this release from the Big Finish website.
http://www.bigfinish.com/releases/v/the-labyrinth-of-buda-castle-994

The Doctor and Romana land in Budapest, intent on enjoying another holiday, but shortly after landing they find themselves too late to save the life of a man who has seemingly been attacked by a vampire. As they learn that this is the latest in a series of violent attacks, it becomes clear that they have stumbled onto something that needs investigating.

Aided by a vampire hunter who is searching for Dracula, they look into the nearby Buda caves, currently being used for storage by the military - and find that the soldiers have problems of their own.

Stalked through the tunnels by a monster, and up against an ancient evil, the race is on to escape alive - and foil the dastardly schemes of the maniacal Zoltan Frid.