Doctor Who - Details For Torchwood: Made You Look 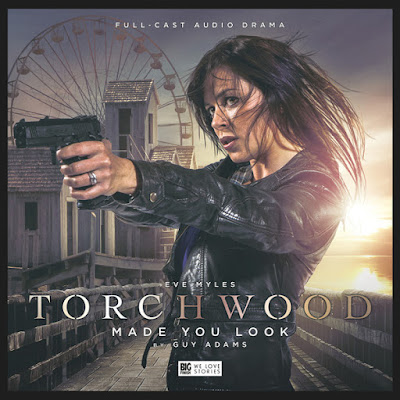 This month's Torchwood audio adventure features Eve Myles as Gwen and it looks like she is up against a monster this time.  You can order this audio adventure from the Big Finish website.
https://www.bigfinish.com/releases/v/made-you-look-1394

Talmouth is a lonely seaside town. No-one has heard from it for days. No-one who goes in comes out. Something has happened to Talmouth. Has it been taken over by aliens? Or is it something far, far worse?

Gwen Cooper's come to Talmouth to find out. What's happened has to be seen to be believed. But by the time you’ve seen it, you’re already dead.

Produced by James Goss
Script edited by Steve Tribe
Posted by DR5WHO at 11:07 AM