Doctor Who - Details on Damascus 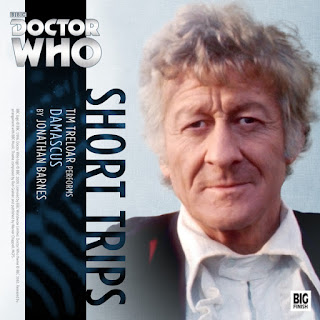 As the decade in English history which attracts the greatest quantity of alien invasions per annum, the 1970s are not the easiest time in which to steer the great British ship of state. The Prime Minister, nonetheless, is doing the very best job he can. Still, at least he has UNIT to rely on – their eccentric, bouffant-haired scientific adviser in particular. Or does he?