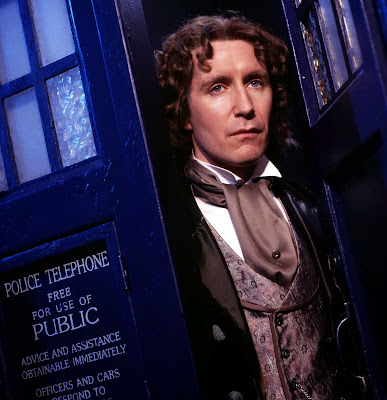 BBC Worldwide has announced that it will be releasing the Paul McGann TV Movie on Blu Ray in September.  So far there is only news on the UK release from Amazon but hopefully there will be news on a US release.  There is no word yet on the extras for this release but I'm sure when it gets closer to its release date there will be more info trickling in.
Posted by DR5WHO at 10:46 AM