Details on Doctor Who - Quicksilver 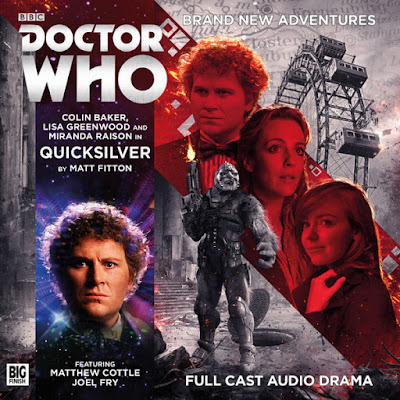 Out this month is the second Main Range audio adventure that stars Colin Baker as the 6th Doctor and Miranda Raison as the Constance. Quicksilver is directed by Jamie Anderson the son of Gerry Anderson and this audio adventure is available from the Big Finish website.
https://www.bigfinish.com/releases/v/quicksilver-1059

DEEPLY REGRET TO INFORM YOU LT-CMDR H CLARKE LOST IN ACTION. CLASSIFIED OPERATIONS.
Those classified operations concerned a top-secret military project code-named ‘Quicksilver’. A project based in Vienna. A project with alien connections.

But bombed-out Vienna is not what it was before the war – with its Strauss music, its glamour and easy charm. It's not the time nor the place for a happy reunion. As Constance Clarke is about to discover...

And as the Doctor is about to discover, too!