Doctor Who - The American Adventures Review 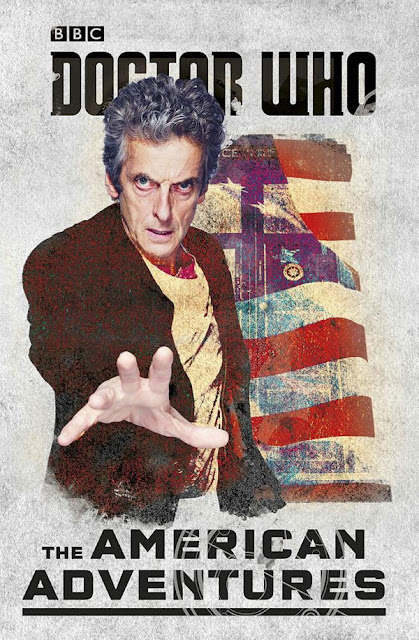 Doctor Who:
The American Adventures
By Justin Richards

I for the most part enjoyed the stories in The American Adventures with my favorite one being the ghost story that took place in New York City in 1902 during the construction of the subway system.  There appears to be ghost of workers who have died during construction and the workers refuse to go into the tunnels to work because of the ghosts.  News of this captures The Doctors interest and the adventure ensues.  I really liked “Ghosts of New York” the most as The Doctor was portrayed as using his intelligence to solve the problem instead of resorting to using technology all the time which is what he does in all of the stories but it was something about a ghost story in a subway tunnel that just seemed pretty cool and an interesting idea for a story.

The American Adventures was a pretty easy read and it seemed geared more towards younger readers as the stories were pretty simple and easy to follow along.  I really liked the stories set in America as it added a different spin to the adventures instead of it taking place in England.  I was glad that Justin Richards did do his homework on the history of the time periods that he placed The Doctor in as it made the story that much enjoyable for me as I do like history and enjoy when it is accurate.

If you enjoy reading short story collections or looking for a Doctor Who book for a younger fan I suggest picking up “The American Adventures” as it is a fun book that is pretty easy to read but most of all it is very entertaining.
Grade B+

Email ThisBlogThis!Share to TwitterShare to FacebookShare to Pinterest
Labels: doctor who, Doctor Who Books, Justin Richards, The American Adventures