Details on Doctor Who - The Sontarans 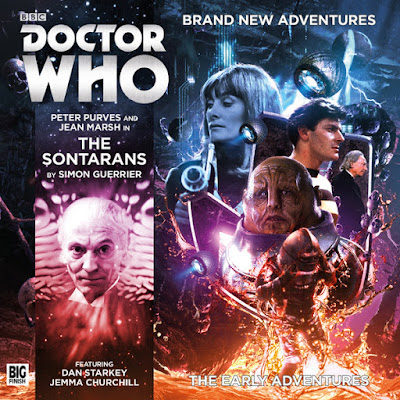 Out Now from The Early Adventures is the first meeting between The Doctor and The Sontarans. This audio adventures stars Peter Purves and Jean Marsh who played Steven and Sarah during the William Hartnell era. You can order this audio adventure from the Big Finish website.
https://www.bigfinish.com/releases/v/the-sontarans-1083

The TARDIS arrives on a moon-sized asteroid orbiting two gas giants. With an amazing view, it’s a chance for the Doctor, Steven and Sara to unwind after their recent adventures.

But they quickly find themselves in the midst of battle - on one side: a familiar group of space-suited soldiers - members of the Space Security Service. On the other: strange, squat aliens in body armour.

Surviving the initial hostilities, the Doctor and his friends discover that the SSS squad is on a terrifying mission. With many lives at stake, they have to venture deep inside the asteroid in search of a hideous weapon. But who can they trust in the battle against these Sontarans?