Has Doctor Who Spinoff Class Been Axed??? 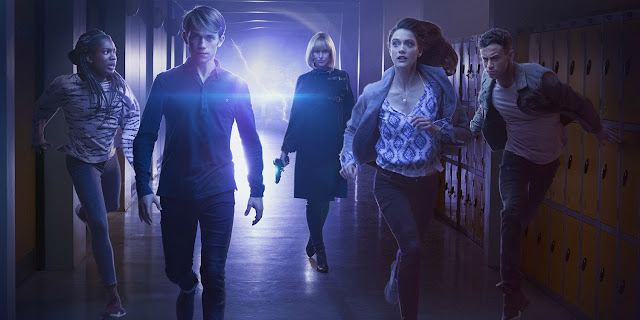 According to an article in The Mirror, grain of salt not needed here, it appears the BBC will be canceling the Doctor Who spin-off Class after just one series. The ratings for Class has not been stellar as the first episode gained 600,000  viewers but tanked right after averaging around 300,000 viewers and not topping the top 50 of shows being viewed on iPlayer and the BBC late night airing was dismal as well. Plus it wasn't helped by the fact that the BBC did not promote Class well enough either.

Class was created and all episodes were written by Patrick Ness and it just wasn't the show that Steven Moffat had told us it would be. I thought it was a bit of mess filled with more teenage angst than fighting alien monsters.  If I had a choice to watch Class or Torchwood: Miracle Day I would watch Miracle Day.  Class was the fourth Doctor Who spinoff and the one that fared the worst with viewers, K-9 and Company is now happy with that news, and hopefully this pot hole in the road of Doctor Who doesn't put off the BBC from trying another Doctor Who spin-off.
Posted by DR5WHO at 8:51 AM