Doctor Who - The Pyramid at the End of the World Review 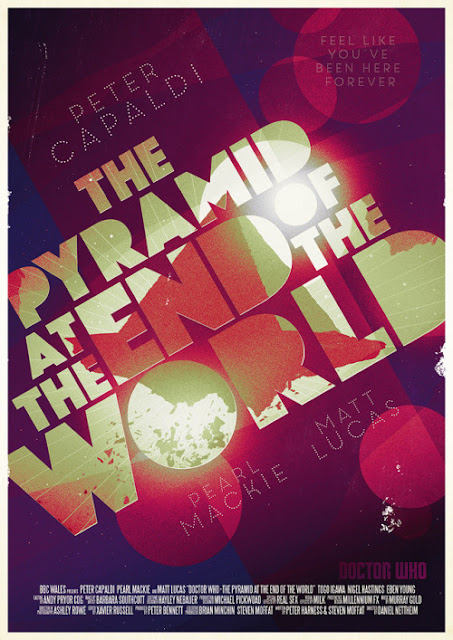 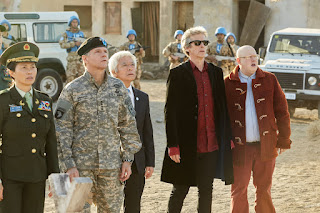 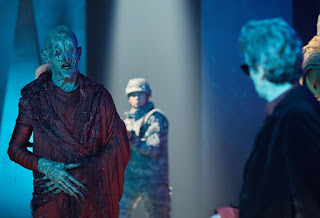 “The Pyramid at the End of the World” didn’t really offer up anything that we haven’t seen before in Doctor Who except we got a different spin with the Monks being the protagonist.  We had the usual stupid military method that has been done for ever on Doctor Who and yet again we see them fail and fall flat on their faces.  We see the companion do something incredibly stupid to turn the tide for the bad guys which is nothing we haven’t seen before and of course we have some scenarios that are a lot simpler to resolve but yet are made more complicated by the writing which is a staple of Steven Moffats writing.  For instance why would a facility that specializes in harmful bacteria have a ventilation system that would release the bacteria into the atmosphere without a proper filter system or at least an incinerator to burn the air before it is released?  In the real world it would be but I guess for the sake of the story it can get a pass. 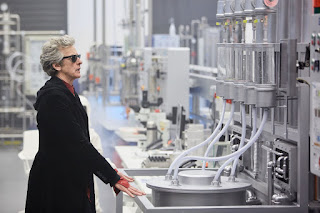 One thing I am glad that is finally resolved is the Doctor being blind.  I really did not like how long they kept the storyline going but seeing how it was resolved made sense in a way but I just did not care for the blind Doctor all that much and thought it went on a tad too long.  The thing is you knew it would be a stupid decision by the companion to help get his sight back.

“The Pyramid at the End of the World” isn’t the best story of this new series it is the weakest but in all honesty it isn’t all that bad as Steven Moffat has written worse stories than this one.  In any other series this would be one of the better stories but in a series with so many really strong stories this one just falls a tad short.

Email ThisBlogThis!Share to TwitterShare to FacebookShare to Pinterest
Labels: 12th Doctor, doctor who, Doctor Who Series 10, Peter Capaldi, The Pyramid At The End Of The World