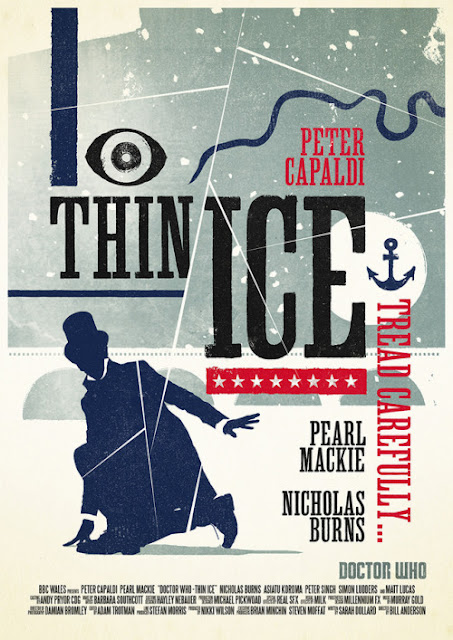 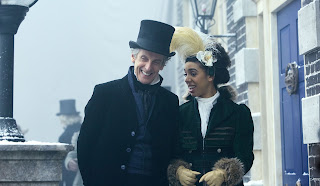 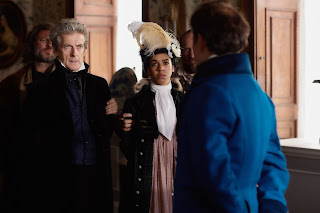 Even though we have seen this type of story before, Beast Below comes to mind, it is still a good platform to get your message out with.  This time it was slavery and racism at least with Lord Sutcliffe, loved the Doctors response to it, and how they approached the way it was during that time.   I also liked the way The Doctor handled the kids in this story. We see him become softer and more of a fatherly figure. Well until he reads them that story that seemed a bit strange and odd.   I liked how Bill confronted The Doctor about caring about all the people he saw die and how he deals with it.  Telling her he just moves on doesn’t click at first but when you think about it at 2000 The Doctor has seen his fair share and for him to save people moving on for him is the only way to deal with it.  It was a pretty powerful moment between the two especially when she asked if he’s killed anyone as we see a different side of The Doctor and I was surprised that this Doctor didn’t side step answering the questions. 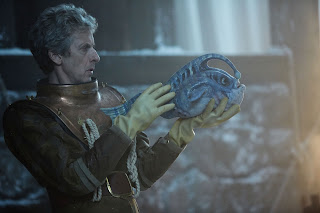 We also got more of a glimpse of Nardole and the vault.  Not sure if I’m really warming up to Nardole yet but I’m really curious of what could be in the vault and what could be knocking.  Since the vault has Gallifrayan writing on it it just might be bigger on the inside and anything could be in there.  Like the Mondasian Cybermen or my guess the John Simm Master. I’m sure we will see in time as now they have advanced that part of the story a bit.