The Worlds of Gerry And Sylvia Anderson - Sylvia, Thunderbirds Are Go, Firestorm, Terrahawks 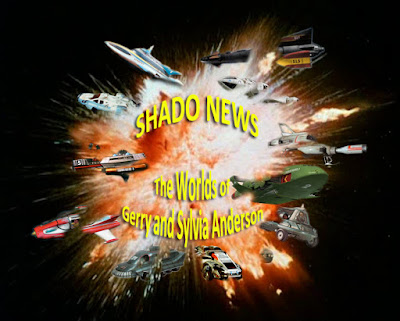 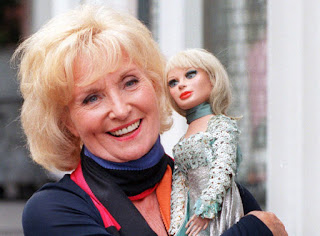 Forgive my absence for the past few months.  I really wanted to get this latest blog post done a few weeks ago but alas, it was not to be.  There is a lot to cover so here we go. 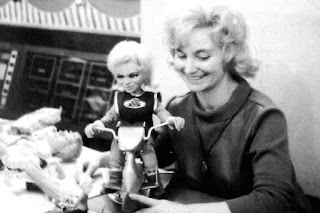 Sylvia Anderson - The amazing Sylvia Anderson, half of the creative team that brought us Thunderbirds, UFO, Captain Scarlet, Stingray, Space: 1999 and so much more has passed away at the age of 88.  Her death, on March 15 was very depressing for me.  She was such a creative force behind so many of those TV shows that I love and her involvement has been often over looked.  Her voice talent gave us the memorable Lady Penelope from Thunderbirds and Venus from Fireball Xl5 but there is so much more that she did.  Even as far back as The Adventures of Twizzle and Torchy the Battery Boy she had an involvement that would grow with Supercar, Fireball Xl5 and Stingray.  The highlight of her work would come with the highlight of the Supermarionation format with Thunderbirds and Captain Scarlet. Sylvia’s work on costumes, characters and scripts complimented Gerry’s emphasis on special effects and hardware.  The combination of Andersons was a perfect storm of quality that would be abandoned after they
divorced one another in the 70’s. 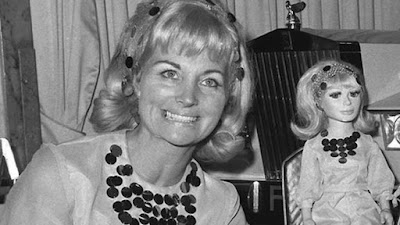 Her work in television is sometimes in the shadow of Gerry but cannot be lessened because of that.  The fact that she was a powerful woman in the television world puts her on par with Verity Lambert of Doctor Who fame around that same time period in the U.K.  Sylvia was probably better known because of the popularity of the Anderson series around the world.  I never met Sylvia but she seemed like a wonderful woman and continued to work on projects and meet the fans at conventions.  She even voiced great aunt Sylvia in the new Thunderbirds Are Go TV series last year.

Her presence will be missed.  Prayers and thoughts for all her family and friends, especially Dee, who has been so instrumental in keeping the connection between her mother and her fans so strong over the past years.

Thunderbirds 1965 – The Kickstarter project that has created 3 Thunderbirds episodes featuring soundtrack stories from the 60’s is complete and very soon all backers will get their incentives.  I am waiting patiently to see the final products but until then, here is a documentary of the project.

Terrahawks in HD – Another Anderson series will see an HD release.  Terrahawks will be out on blu-ray in the UK in June.  Below the video shows a comparison. 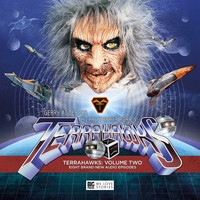 Big Finish Terrahawks Volume 2 – the next set of Terrahawks audio adventures is coming out this month and features much of the original cast voices.  I thought the first set was excellent and look forward to this one!

Gemini Force One – White Storm – The next novel of this Gerry Anderson inspired idea is now out.  This is the third book in the series. 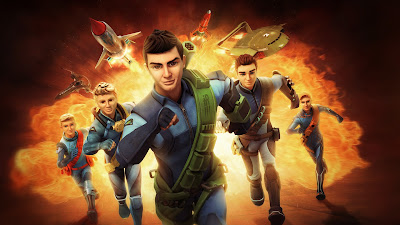 Thunderbirds are Go in North America -  Canada will be getting the Thunderbirds Are Go TV series starting this month on their Family CHRGD channel.  Amazon Prime will have the series for the United States starting with the premiere on April 15 and the full release on the 22nd of April.  Personally I am a bit disappointed in this Amazon exclusive as so many people will still not get a chance to see it.  Hopefully there will be some promotion for it.  No word on any Blu-ray release in the UK although it is out on DVD. 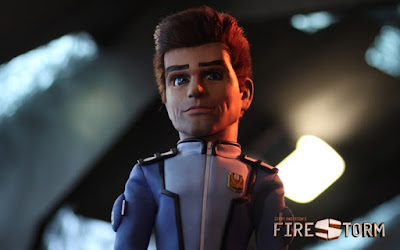 Firestorm Kickstarter Wraps – The Kickstarter which will feature a 20 minute pilot episode of the Gerry Anderson inspired idea, completed filming back in March.  The project will feature practical miniatures and puppets.  Looking forward to this as much as Thunderbirds 1965.