Doctor Who - Details For The Curse of the Fugue 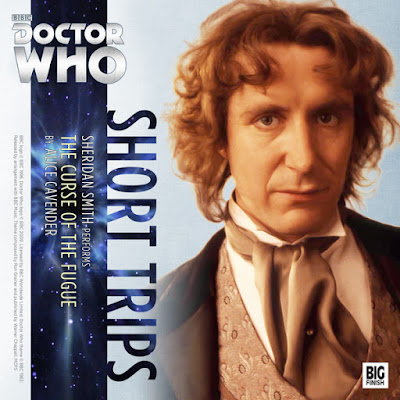 This month's download only audio adventure features the 8th Doctor.   The Curse of the Fugue is narrated by Sheridan Smith who played the popular companion Lucie Miller.  You can order this release from the Big Finish website.
https://www.bigfinish.com/releases/v/the-curse-of-the-fugue-1347

February 1974 is grimmer than usual for the British. Huddling together by candlelight the nation endures regular power cuts, however the situation is far worse for one old woman. Out of the dark come visitors who know of her terrible burden of wartime secrets. All she fought to save is threatened. Whom can she trust? The troubled ghosts which plague her, a young man who has befriended her, or her new carer Lucie and her strange friend, The Doctor?

Cast
Sheridan Smith (Narrator)
Posted by DR5WHO at 8:45 AM