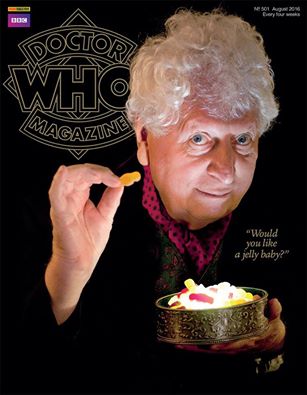 Out now in the UK is issue 501 of Doctor Who Magazine.  It is another special issue as it is devoted to the 4th Doctor Tom Baker.  They are billing it as his last interview so this may be one to go out and get.

Following the spectacular 500th issue, Doctor Who Magazine is continuing its celebrations with an issue dedicated entirely to Tom Baker and the Fourth Doctor’s era of Doctor Who.

Tom Baker: The Ultimate Interview is an extravaganza split into several gripping parts, in which Tom talks about life, death and, of course, Doctor Who…

“Life is too short to be dull. Be interesting. Because not very much else matters does it? In large areas of our lives, hardly anything matters at all. I mean, nothing can beat being with loving friends, and a few wines, and a few beers, and a few lies, and a few yarns. And to still be adored after 40-odd years… yeah that’s the life. Maybe I’m the longest-serving actor, in the whole history of actors, who’s actually still, 40-odd years later, adored for the same part and enjoying it in the same way. When I get sent messages from middle-aged men… or from the wives of middle-aged men, who say, ‘Tell Mr Baker he cannot imagine how important he was to my beloved husband when he was a boy’… it moves me deeply to think about it. I was just going to work. I didn’t know, to begin with, how far-reaching this role would be. I was aware of the excitement, and the generosity, and the affection of the fans, but how could I ever have dreamed of all this?”

Also featured in the magazine is Part One of brand-new comic strip The Pestilent Heart, an extended Gallifrey Guardian reporting on the latest news from the set of the new series, and DWM‘s Issue 500 celebrations, competitions and the much-anticipated Cave of 500 Eyes answers. 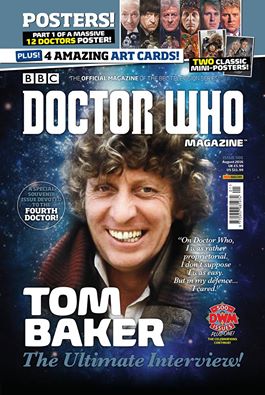