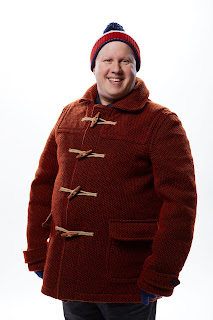 Matt Lucas will be returning to Doctor Who in Series 10 reprising his character Nardole who we last saw in The Husbands of River Song.  Acording to Steven Moffat he will be in the first epsiode of Series 10 and will also be sticking around for awhile.

"delighted and slightly amazed to be welcoming Matt Lucas back on to the Tardis - and this time it's not just for Christmas, he's sticking around. One of the greatest comedy talents on planet Earth is being unleashed on all of time and space."

Other Series 10 news includes that Mark Gatiss will be back and its possible we might be getting a sequel to Sleep No More.  Also announced to be in the new series is Sherlock and Jekyll and Hyde star Stepanie Hyam.