Doctor Who - Details on The Two Masters 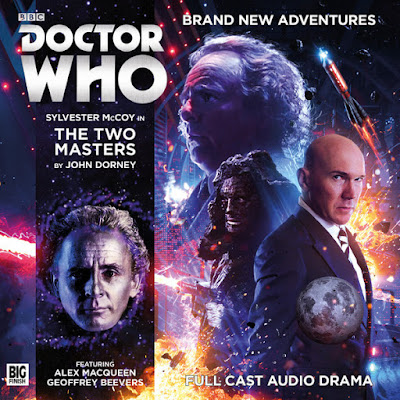 This month's Main Range release sees the continuation of The Master Trilogy as we get two Masters teaming up.  It's up to the 7th Doctor to stop the dastardly duo. You can order this release from the Big Finish website.
https://www.bigfinish.com/releases/v/the-two-masters-1052

The future is dying. All over the universe, gaps are beginning to appear. From the space lanes terrorised by the rag-tag remnants of the once-mighty Rocket Men, to the empire of the Gorlans, stricken by a terrible civil war. Gaps in space/time, portents of the end of everything.

One Doctor. Two Masters. What could possibly go wrong?