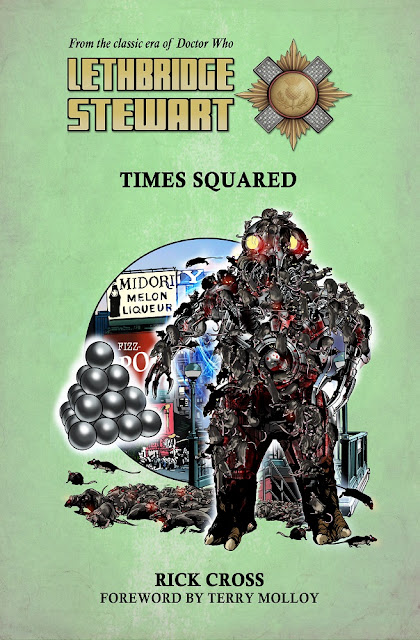 Candy Jar Books have announced that there will be a series three of the popular Lethbridge Stewart series.  There are already seven books in the crossing over two series and series three will deliver us three more books in the series.  The first book by Rick Cross, Times Squared, sees the Brigadier and his Fiancee on a much needed vaction in New York City.  But danger lurks there as the Brigadier is once again up against the Yeti and the Great Intelligence.  The other two books in series three are Blood of Atlantis by Simon A Forward and Mind of Stone by Iain McLaughlin.  You can order these books in a bundle or individually from Candy Jar Books at this link. http://www.candy-jar.co.uk/books/timessquared.html

More info about series three of Lethbridge Stewart at the link below.
https://lethbridgestewartnovels.wordpress.com/2016/09/18/series-three-announced-times-squared-for-pre-order/
Posted by DR5WHO at 11:10 AM