Doctor Who - The Trial of a Time Lord: The Mysterious Planet Review 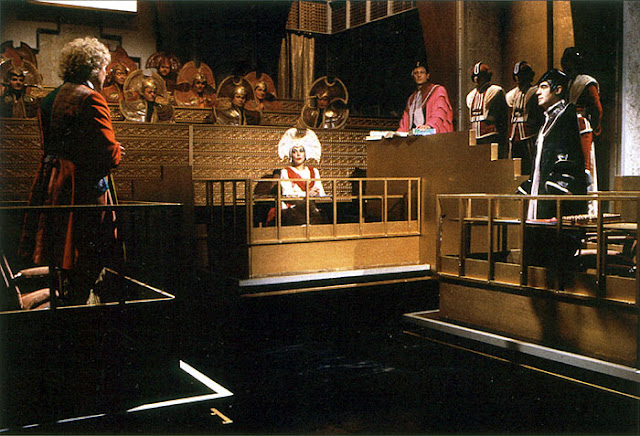 Doctor Who:
The Trial of a Time Lord
The Mysterious Planet
By Robert Holmes

VALEYARD: By order of the High Council, this is an impartial inquiry into the behavior of the accused person, known as the Doctor, who is charged that he, on diverse occasions has been guilty of conduct unbecoming a Time Lord.

VALEYARD: He is also charged with, on diverse occasions, transgressing the First Law. It is my unpleasant task, Madam Inquisitor, to prove to the enquiry that the Doctor is an incorrigible meddler in the affairs of other peoples and planets.

The Doctor arrives on a Time Lord space station where he is confronted by the Valeyard.  The Valeyard explains to The Doctor that he will be put on trial for endless interfering and meddling while putting his companion in constant danger.  The Doctor refuses a lawyer and will defend himself against the charges brought up by The Valeyard but the kicker is if The Doctor is found guilty he must surrender his remain regenerations and be sentenced to death. 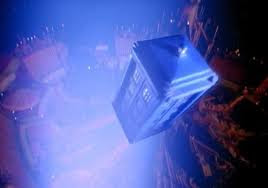 The first piece of evidence takes place on the planet Ravolox which strikes a resemblance to Earth. The Doctor even thinks it seems familiar and that he was here before but doesn’t think he has.  They are soon getting weird vibes when they enter a cave and it resembles a subway station.   They are soon in what appears to be a base which is called UK Habitat and is the home of humans who are ruled by the Dratho who the Tribe of the Free calls the Immortal.

The Doctor is also concerned that Glitz and Dibber are on the planet wanting to steal the secrets of the Matrix that the Sleeprs stole from Gallifrey. All this does not make sense as The Doctor tries to get to the bottom of it and find out what is really going on with Ravolox or Earth as it is discovered to be. 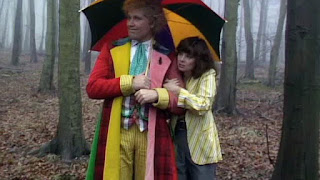 When we think about Robert Holmes Doctor Who writing career we do not think about The Mysterious Planet.   With good reason as it is not one of his better stories.  Unfortunately this was during the time when he was ill and in fact he died before The Trial of a Time Lord finished and he was still writing episode 13 and 14.   So in fact he is given a pass on this one by me most of the time as he is my favorite writer and I have been critical of him in the past as he did write some great stories and some less than steller ones also.  What The Mysterious Planet has going against it is that it is part of The Trial of a Time Lord.

I believe if The Mysterious Planet was a standalone story it would have been better served.  The story doesn’t get a flow to it as to many times the action is stopped as we head back to a trial scene and that hurts it from getting any pace at all and I find I was losing interest in it.  Whenever it started to get interesting it was back to the trial and well it bogged down again because we went to a scene that wasn’t in synched with the part before it. 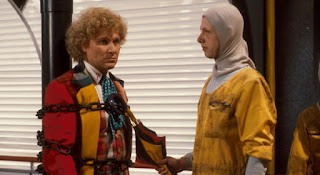 Robert Holmes was always good about having good characters in his story and Sabalom Glitz and Dibber is another case of that.  The chemistry is there and they also bring a good comedic presence that Robert Holmes brings to his stories.  Just like in Talons of Weing – Chiang with Jago and Lightfoot we now have Sabalom Glitz who gives us that type of character and fortunately enough Tony Selby was really good in the part and glad he makes a return appearance in Trial and next season in Dragonfire. 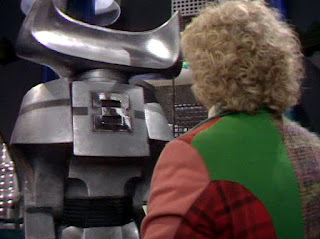 The trial itself was pretty interesting and a good concept and what happens further along is quite good once you get past Mindwarp.  The trial scenes were pretty good as we get to see The Doctor go up against The Valeyard and try to refute the charges.  At first The Doctor doesn’t take it seriously but by the end he starts to get a sense that something is not quite what it seems.

The Trial of a Time Lord has one of the best special effects ever in classic Doctor Who.  I’m talking about the TARDIS getting pulled into the Time Lord Space station.  The model work and the way they presented it is amazing and it it gives you a sense of something big is about to happen.  It is just an amazing sequence and it is just the best effects work Doctor Who has done and so far not repeated or out done.
Grade C +

Email ThisBlogThis!Share to TwitterShare to FacebookShare to Pinterest
Labels: 6th Doctor, colin baker, doctor who, The Mysterious Planet, The Trial of a Time Lord