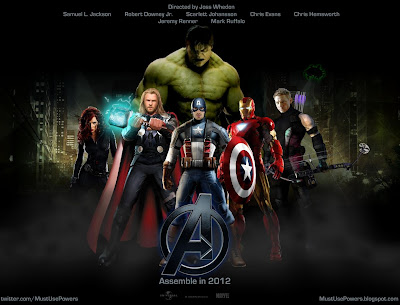 What more can be said about The Avengers movie than what has already been said. The movie is the new definition of 'a fun movie.' It is a superhero movie that puts together 4 franchises and does a perfect balancing act not only among the characters involved but also with action, humor and drama. I credit all the previous movies; The Incredible Hulk, Iron Man, Thor and Captain America for capturing the characters to the extent as they had up to this point. I know something of these characters from my time reading comics but my Marvel knowledge is limited. Most of what I have experienced with these characters was through their perspective movies. The Avengers takes these excellent characters and mixes them together with a perfect amount of Shield, Black Widow, Hawkeye and Loki to produce a creation that tastes as good if not better than any of the stand alone movies. It would seem difficult to do this but it was done to such a high standard that at no point was I sick of any character and I even find myself wanting to see more of them together in a film. I would even say that seeing any of these characters alone in a movie again will seem like a let down after seeing them all work together. 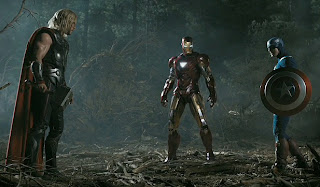 Joss Whedon. You knew I was going to mention him at some point. Let me point out that I love Whedon's work but I do not like his stuff just because he is involved. I wanted to see something particular about The Avengers film since first hearing it was going to happen and perhaps like most, I had a standard I wanted this film to reach, even before hearing Whedon's involvement. I was not overly joyed with his attachment to the film not because I didn't think he would do a good job. Beyond some of the people out there who go out of their way to avoid Whedon at all cost I thought that if the film was a let down that Whedon's name would be tarnished for good, at least in movies. 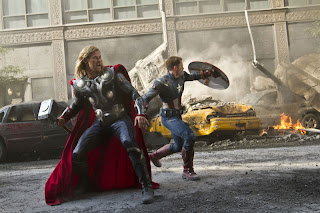 Anyhow Whedon matched my high expectations for The Avengers and went well beyond what I thought was possible. My trepidations included the idea that the characters would number too many and some would get lost or have little to do. WRONG. Not only did Joss Whedon give all the main characters plenty to do, he also gave them many moments of character development and interaction. I should not have doubted this as we see this in Whedon all the time. The chemistry and perfect character representation in Firefly is a prime example of how to do it properly and in The Avengers we see it fulfilled. I loved all the character interaction and the quiet moments between Black Widow and Hawkeye as well as Thor and Loki and Rogers and Coulsen. These moments shined amidst all the great scenes where the characters fought and bickered with one another. The lack of cohesion of the 'time bomb' is what makes this film so great. When it comes down to it, they do what they need to do and work together as a team. Not only did they triumph over the alien invasion, they triumphed as a team. 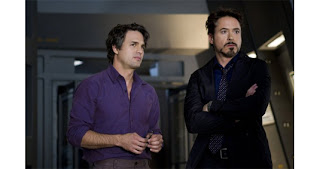 It is ironic that I thought Bruce Banner would be the odd man out. He would vanish as the Hulk took over and actor Mark Ruffalo would be the forgotten player in all this. A shame since this is his first time out in the part and probably had more to prove than anyone in the cast. In my opinion he nailed the part and was a highlight. His demeanor was perfect and his alter ego was certainly a highlight not only in the effects department but he garnered the loudest laughs in the theater.

I also look at Scarlet Johannson, for many reasons, but I wanted to see how she, and Jeremy Renner would be used in a story that requires super heroes with powers. Both were utilized to an excellent level with Johannson finally winning me over in the part, something she had yet to do even after Iron Man 2. Renner had the misfortune of being the least used character and his turning into a bad guy may have been a let down to some but his return into the fold did redeem the character to a point and he fit in nicely during the final battle.

Robert Downey Jr. excelled as Tony Stark and was even more 'on' while working off of the other characters. Whedon wrote the dialog for these characters perfectly and built on the foundations of their first movies. Whedon kept all the characters on track and this is demonstrated greatly with Steve Rogers obeying his orders and acting like... well, Captain America. 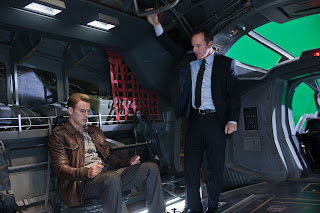 I know Whedon loves humor and one fear I had was the film would be too funny. WRONG. Of course Whedon is the expert at giving us humor, drama, action and sadness all within minutes of each other. He is the master at this and he does his job in this movie. The humor in the film is well timed. Whether it be Hulk punching Thor out of the picture or Hulk interrupting Loki's speech, Whedon knows when to release the humor and when to stow it again.

I cannot conclude this review without a couple of things that I have scraped out of the bottom of the barrel in hopes of finding something, anything that may be wrong with the film. First off, the film is fun and good all around. Anyone can see it. But there may be some things you might lose out on if you have not seen the other films, especially the Iron Man films, Thor and Captain America. The connection between those films is explained to the audience but one will get so much more enjoyment out of the film if you have seen the others. 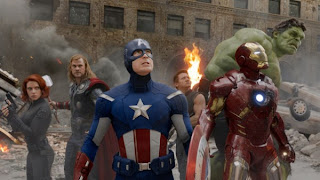 In one of the strongest moments of the film we see Black Widow actually trembling in fear (for the first time for real) when Bruce Banner Hulks out. The danger of Bruce Banner and his monster is perfectly shown to us during his rage during that scene.

The next time we see Banner, he easily has control over the beast and all that build up of the danger and such is gone. I can understand when someone tells me that the throw away scene where Harry Dean Stanton tells Bruce that the monster is in more control than he thinks but that does not erase the previous scene when Black Widow gets slammed across the room. 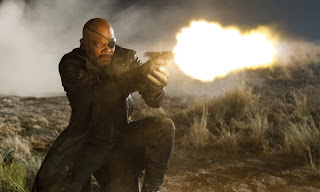 Was there a scene where Stark helped Banner gain this control? Something was missing there. Sure there may be an answer on the cutting room floor or in the comic but it was not adequately dealt with in the film. This was, in my mind the number one flaw of the film and by far is not a deal breaker. It bothers me but it is soon forgotten once Hulk is in action. It is a shame it was not made clearer.

Let me make a remark about the ending. As most people know (not all because we still saw around 20% of the audience leave the theater before Thanos appeared) there will be more stuff after the credits. The teaser to what will probably be the next big bad was a reminder that we will be seeing all these characters again for the next few years and hopefully Ruffalo will get a crack at the stand alone film (screw Ed Norton). The second ending, which only 5% of the audience stayed for in our theater, was hilarious despite my brother's feelings. In away it was a joke on the audience who would wait for an eternity to see more and we ended up seeing what we did. 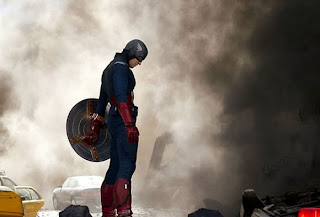 Anyhow, this has got to be my favorite superhero film ever and while I still give credit to the ground work already done in the previous films, the melting of all these elements was done perfectly. I eagerly await to see this series of movies continue with more of each character and ultimately the return of The Avengers.
Posted by SHADOKP at 8:25 PM

Email ThisBlogThis!Share to TwitterShare to FacebookShare to Pinterest
Labels: The avengers movie, The Avengers. the avengers review