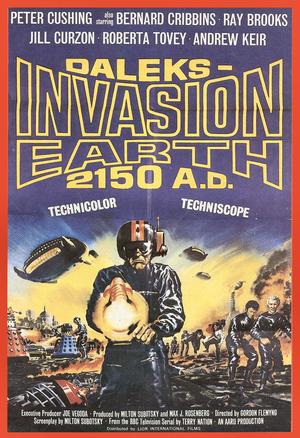 Looking Back At Sci-Fi Movies Of Yesteryear

The year is 1966 and The Beatles and Stones are dominating the music scene, William Hartnell tenure as the Doctor is about to end and Patrick Troughton tenure is about to begin.  Vietnam fills the news and the Green Bay Packers and Boston Celtics are still dominating their respective sports.  1966 also gave us the second Dalek movie this time adapting Terry Nation’s Dalek Invasion of Earth to the big screen in Daleks - Invasion Earth: 2150A.D. 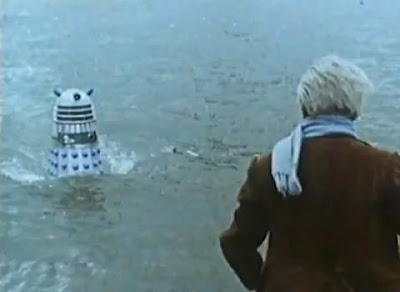 Yes believe it or not there was actually a Doctor Who movie well before of all this talk about making a movie now.  In fact there were two made in the sixties.  Invasion Earth was the second movie and starred Peter Cushing as Doctor Who.  In the movies he was not referred to as The Doctor but as Doctor Who.  Why they did that I don’t know the real reason but he is also human and an eccentric inventor also.    Invasion Earth also stars Bernard Cribbins.  Fans of the new Doctor Who will know him as Donna Nobles Grandfather Wilf.  He is the main man of action in this film and also brings in the comedic aspect also.

Daleks - Invasion Earth: 2150A.D isn’t a bad movie at all.  It has action and funny moments and lots of pretty decent performances.  You just have to get past the point that it is a remake of the Dalek Invasion of Earth that appeared on television back in 1964.  In fact it is hard to watch Peter Cushing as Doctor Who when I love William Hartnell in that story.   But Peter Cushing isn’t a bad Doctor at all. It’s just that I like Hartnell in that story better.  Peter Cushing is in fact pretty good even though his character has a moustache and looks like a nutty professor.

The thing that makes this movie pretty cool is the fact that it is in color.  In fact this is one of the few time that fans have seen the Daleks in color.  This is also funny as these Daleks are the predecessors to the Paradigm Daleks we have now. Plus it is also faster paced than the original and moves along nicely for the casual viewer.  There are some pretty good funny scenes in the movie that wasn't in the original TV show that will make most anyone chuckle.  But in all reality it is just a copy of the original serial. 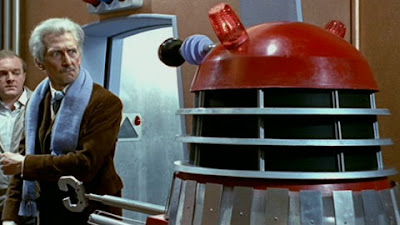 It would have been nice if Daleks - Invasion Earth: 2150A.D.  was an original story and not a copy of the television show.  But it is a Doctor Who movie probably, for now, one of the only ones we do have.  Not a bad movie in all with a superb cast as Peter Cushing was an adequate Doctor even though he was cast as name recognition. So if you want to kill some time and wanna experience a Doctor Who movie then go and check out Daleks - Invasion Earth: 2150A.D. 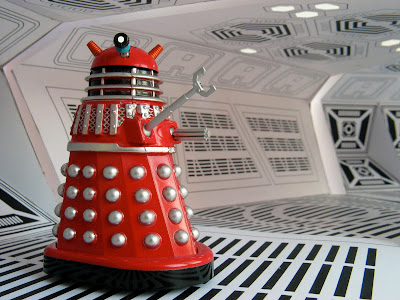