The Real Reason Why Doctor Who is Coming Out This Fall 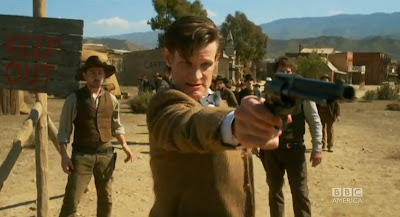 "I don't know, on this occasion, that the thinking particularly came from me, actually. I've always been open to anything that shakes [the series] up. I think that decision actually came from the BBC.

"But I've been well up for anything that we can do to shake up the transmission pattern, the way we deliver it to the audience and how long we make the audience wait, simply because that makes Doctor Who an event piece.

"The more Doctor Who becomes a perennial, the faster it starts to die. You've got to shake it up, you've got to keep people on edge and wondering when it will come back.

"Sherlock is the prime example, as far as that goes. Sherlock almost exists on starving its audience. By the time it came back this year, Sherlock was like a rock star re-entering the building!

"So keeping Doctor Who as an event, and never making people feel, 'Oh, it's lovely, reliable old Doctor Who — it'll be on about this time, at that time of year'. Once you start to do that, just slowly, it becomes like any much-loved ornament in your house — ultimately invisible. And I don't want that to ever be the case."