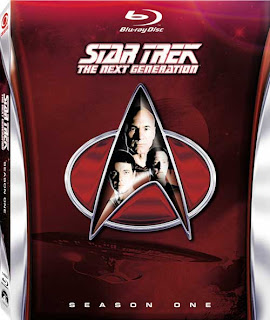 The release of Star Trek - The Next Generation Season 1 is slated for July 24.  The extras have been now reported to include the following -

In addition to this, there are planned launch events in over 600 theaters the day before the release which will include the airing of two episodes - "Where No One Has Gone Before" and "Datalore."