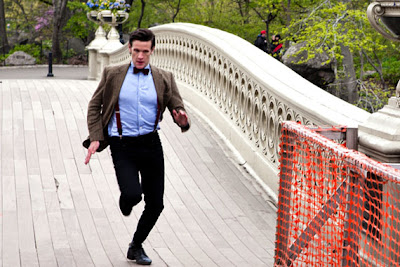 ﻿
Matt Smith has been picked to carry the Olympic Torch through Cardiff this Saturday.
The news was announced on the Official Doctor Who Twitter feed Friday Morning UK time.  Matt Smith said,


"To carry the Torch is an honour, one I thought I'd never get. I'm very excited!"

Indeed an exciting announcement for Doctor Who fans so if your in Cardiff go out and cheer on the 11th Doctor and see some history as the Olympic Torch passes by.