Remembering John Christopher and His Books By Steve Taylor - Bryant


Taking a look at a legend. Though he passed away last year, the father of Will Parker shall always capture our imaginations... 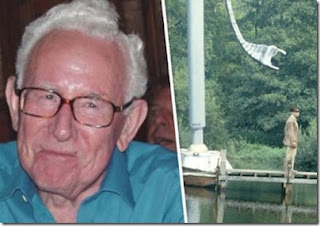 A lot gets spoken regarding legacy. What legacy will the 2012 London Olympics leave? Is George Lucas harming the legacy of Star Wars with the changes? These are just a couple of examples to show that legacy tends to raise more questions than it answers.

Samuel Youd was born on the 16th April 1922, and was destined to write. He wrote short stories, novels, comic book entries, all sorts of styles of writing under numerous pseudonyms. It is the pseudonym of John Christopher that I fondly remember. Despite many titles, both as Christopher and his other names, the novels that spring instantly to mind are The Tripod trilogy, written between 1967 and 1969; and my favourite of John Christopher's books, 1977's Empty World.

The Tripods trilogy was about a conquered humanity. The Masters travel around in huge three-legged machines known as The Tripods, and the world becomes reminiscent of the middle ages. Humans are controlled from their teenage years by implant 'Caps' which take away curiosity and leave the person incapable of dissent. They work for, and worship, The Tripods, and those for whom the Caps don't work are left wandering the world as vagrants.

I will get to the point about legacy soon, but allow me this synopsis, a brief description of Empty World:


15-year-old Neil Miller becomes orphaned after his parents car crash. A new disease known as the 'Calcutta Plague' sweeps the world. Whilst at the beginning the plague, which advances the ageing process, appears to only effect the elderly, young children eventually start to die. Neil contracts the plague, but after a short fever, is left unaffected, and starts on a journey to seek out other survivors.

Wow. Now imagine you came across these books in the way I did, through the school curriculum. I had no choice but to read these titles as it was part of my studies, but it started my lifelong love affair with science fiction writing and writers, especially the post apocalyptic-type novels. As a young child, when you read these books a world forms in your mind. A film develops and you get lost in the Universe the author has created. Only purely talented writers have this gift; John Christopher is amongst that select group.

The legacy could be my love of science fiction, but that is too personal to really be considered a legacy, so how about the fact that after all these years, after his death early in February this year, we are still talking about the man and his books? We are still hoping for a Tripods television series to be made as the 1980s BBC shows were left unfinished, we want the Empty World film. If the fact that a 37-year-old man can wax lyrical about old books and you are reading this article, smiling and remembering your own John Christopher memories... if this is not Legacy, then I don't know what is...