Doctor Who 50th Anniversary: The Rescue 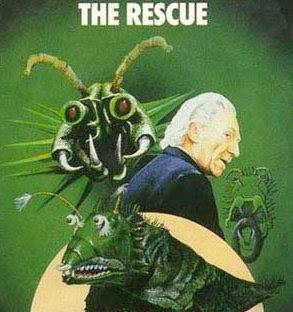 The  Rescue
By David Whitaker 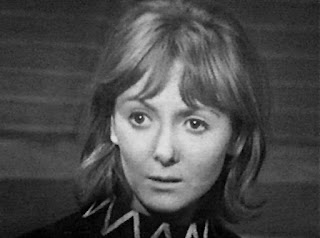 The Rescue introduces us to new companion Vickie who replaces Susan who left at the end of The Dalek Invasion of Earth.  Vickie is one of the survivors of a ship that had crashed on Dido.  There are two survivors Vickie and Bennett and they have themselves a bit of a problem.  Apparently they are being terrorized by Koquillion. Koquillion says he is protecting them from his people who have killed the rest of the crew of their ship including Vickie’s dad.  He also informed them that another ship had landed and his people have killed them also. 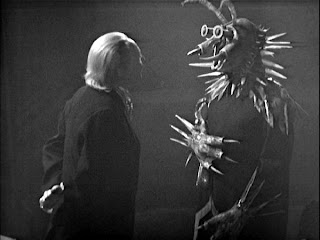 Well lucky enough for The Doctor and Ian that did not happen as they escape a cave in caused by Koquillion and the perils of the cave they were in built by the people of Dido.  Barbara is the luckiest as she survived falling off a cliff and ended up meeting Vickie and she hid her from Koquillion.  Once all together The Doctor thinks something very strange is going on and thinks that Koquillion isn’t who he appears to be.


The Rescue is a nice story that doesn’t take much brain effort to enjoy.  It’s quite a simple story in that there isn’t much going on and that The Doctor does most of the action and investigating.  That’s right action as he attacks Bennett in the meeting hall and is actually the aggressor which we do not see from William Hartnell’s Doctor much.  It was really awesome seeing the 1st Doctor being the man of action.  The way he confronted Bennett was truly the way we have known the Doctor to be like.  Truly a great scene and seeing a feisty man of action 1st Doctor was a good change of pace. 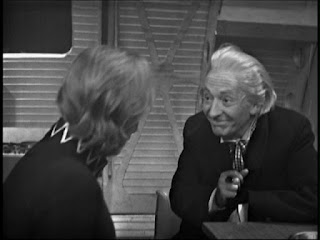 Like I said in the introductory this story introduced the new companion for the TARDIS crew. Vickie joins and takes the place of the teenage girl over from Susan.  Vickie isn’t a bad companion as she isn’t as annoying as Susan and well Maureen O’Brien does act better than Carole Ann Ford.  The Rescue gives us one of the better moments in the 1st Doctor’s era.  We see the 1st Doctor being kind and fatherly like to Vickie when she finds out the truth.  The Doctor was being very parent like to Vickie and sees that he wants to help her and takes her under his wing.  It is one of the better heartwarming scenes and one of the best during the 50 years.  The Rescue also has one of the funniest dialog goofs as Ian totally say Koquillion wrong. Well he says Cockalickin and well with geeks and sex it has taken on a world of its own.

So is The Rescue a perfect story? By all means no but it is a story that is fun to watch as there isn’t much thinking involved and being at 2 episodes long it isn’t too long which a lot of the stories were in the 60’s.
Grade B –