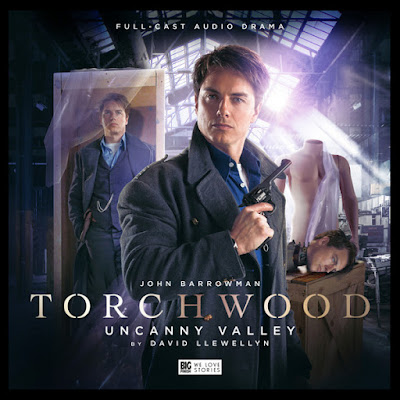 This month's Torchwood audio adventure from Big Finish sees Captain Jack back in action.  John Barrowman stars in this audio that you can buy from the Big Finish website.
http://www.bigfinish.com/releases/v/uncanny-valley-1298

What has made billionaire Neil Redmond emerge from his long seclusion? Captain Jack knows the answer, and is prepared to go to any lengths to prove it.

Dark forces have been behind Neil's transformation. Dark forces that Jack has been hunting for a long time. But Captain Jack's never been able to resist the darkness.