Doctor Who - Big Finish To Do The Two Master's Trilogy 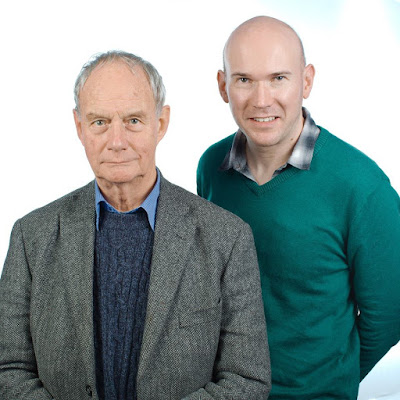 Now this great news for fans of The Master.  Big Finish will be doing a Master trilogy that has the two Big Finish Masters joining forces to take on The Doctor.  It will span three audio adventures that will feature Peter Davison, Colin Baker and Sylvester McCoy. This will take place in the Main Range so no extra money for a box set will be spent on this thankfully.  The full details are below.

This summer, the Doctor will face the most deadly duel with two versions of his oldest enemy. Geoffrey Beevers and Alex Macqueen are The Two Masters!

Partners in crime for the very first time, the Doctor Who Main Range's 2016 multi-Doctor trilogy will see Gallifrey's most ingenious criminal mastermind join forces with himself, in a special trilogy of linked adventures starring Peter Davison, Colin Baker and Sylvester McCoy.

'A 'Two Masters' storyline was something I'd been thinking about for a while,' says script editor Alan Barnes, 'ever since Alex Macqueen's 'New' Master arrived in UNIT: Dominion – putting him opposite Geoffrey Beevers' 'Old' Master seemed an irresistible idea. But if Two Masters are better than one, then three Master stories are definitely better than two, heh heh heh. So I came up with a dastardly plan to put together a whole trilogy of adventures.'

The trilogy begins with Alan's own Doctor Who: ...And You Will Obey Me, in which the Fifth Doctor (Peter Davison) arrives at a quiet churchyard in the English countryside – the supposed last resting-place of the 'old' Master (Geoffrey Beevers) But alien forces are gathered around, determined to ensure that the Master will not rest in peace...

Then, in Justin Richards' Doctor Who: Vampire of the Mind, the Sixth Doctor (Colin Baker) suspects the hand of his oldest enemy behind a spate of mysterious disappearances... but will he even recognise the 'new' Master (Alex MacQueen), when he arrives at the scene of one of their earlier encounters?

The saga comes to an epic conclusion with Doctor Who: The Two Masters by John Dorney. The Seventh Doctor (Sylvester McCoy) is drawn into a desperate battle with his arch-enemy – squared!

The trilogy has been directed by Jamie Anderson. 'It was a pleasure to be invited to direct this long-awaited team up between two versions of Doctor Who's most iconic villain. Alan and his writers have come up with a 'masterplan' which is sure to surprise fans of this classic character – in his 45th year of terrorising the universe.'

'This is something that our listeners have been asking us to do for absolutely ages,’ confirms executive producer Nicholas Briggs. ‘So we’re very happy to deliver! It’s also something that our boss, Jason Haigh-Ellery was very keen on. The idea has been a long time in the making, because we wanted to get it totally right. As is fitting, it’s slightly crazy, slightly mind-melting and massively exciting with loads of shocks, twists and turns along the way. We’re also very happy to have Jamie Anderson on board as director. He did a fantastic job of directing and producing our audio versions of his father Gerry’s creation, Terrahawks, that we gave him the opportunity to work on our Doctor Who range. He’s very quickly established a great working relationship with our Doctors and we hope he’ll be with us for many years to come.’

The entire Two Masters trilogy is available to pre-order today. The titles will be the first in a number of apperance to celebrating the classic villain for his 45th anniversary - including an appearance in Jago & Litefoot: Series 11. More news coming soon!

You can Subscribe to the Doctor Who Main Range today, in either six or twelve month periods, with subscribe exclusive bonus content also available. See here for more information! And remember, when you choose to buy this release on CD directly from Big Finish, you will also unlock instant access to a digital copy for download.
Posted by DR5WHO at 8:47 AM