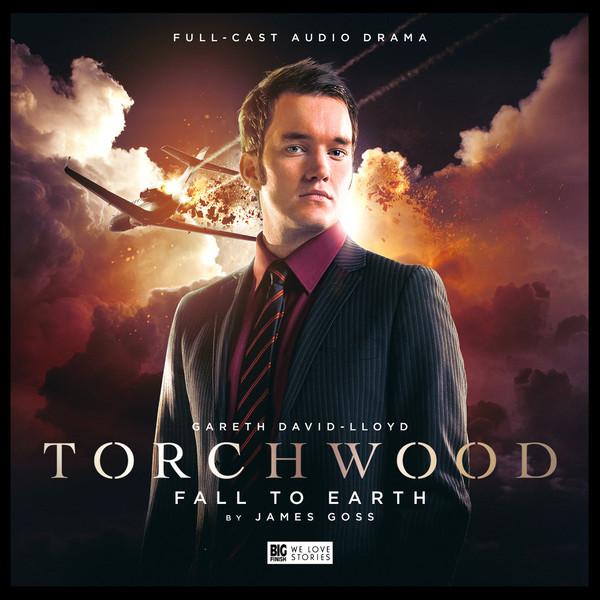 Ianto is on a spaceship that is kind of like an airline plane and he is the only one alive.  Bad news is that the ship is crashing down to Earth and well no one from Torchwood is answering their phone today.  As luck would have it his phone rings and it is a woman selling insurance.  Ianto uses this phone call to help him fly the ship and also to keep him from blacking out as Ianto has lost a lot of blood from a leg injury.  It turns out Ianto remembers an explosion and that the passengers were also starting to die from a poison in the food or drink.  The Committee appears to be in charge of this terrorist attack and the worse thing is the ship is projected to crash where Zeyneb works as she is employed by Ephraim Salt the person who is now dead on the ship and also owns the building that the ship will crash into.  Just a normal day for the guy who gets the coffee.

I really enjoyed this Torchwood audio adventure. Scratch that I really loved this audio adventure and in fact I believe it is one of the best audios that Big Finish did in 2015 and maybe in their history.  It was that good as you got real human interaction and you really had a connection with the characters in this story that you had to feel for them during all the obstacles they had to overcome.  The fact that the only help Ianto could get was over his phone made this story all the more amazing and intriguing.  This story was character driven and it was amazing how much better of a grasp of Ianto’s character we got as I always thought he was under developed on the TV Show and this audio gave us a whole new dimension for him.

I really liked the interaction between Ianto and Zeyneb.  The stories strong point is the interaction and you get a lot of emotion in the interaction and you could feel for Ianto as he was in the situation he was in and was dependent on the insurance salesperson.  Then when Ianto figures out he could save himself and that Zeyneb might be killed you get a sense that Ianto did not like making the hard decisions that Jack makes all the time and you get to see some humanity in Ianto and regret as he makes the unpopular decision.  You also get the emotions from Zeyneb when she figures out that she was going to die and you can feel the anger at Ianto from her and also the hope as she figures out that she might survive.  You also got a good grasp of the Ianto’s relief when he finds out she survives and that Torchwood can have a happy ending.

Fall to Earth was done really well and taps into so many emotions for the listener.  It is a different type of story that works really well and also continues the mystery of the Committee.  If you came away with a lukewarm feeling from The Conspiracy I suggest picking up Fall to Earth as it might just be one of the best audio adventures you’ll listen too from Big Finish.
Grade A