Doctor Who 50th Anniversary: The Dalek Invasion of Earth 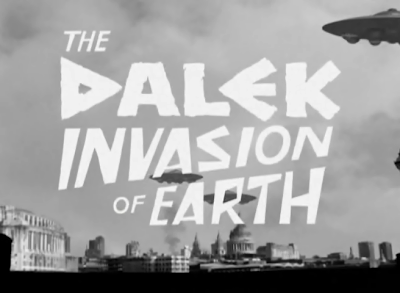 Doctor Who:
The Dalek Invasion of Earth
By Terry Nation

“During all the years I've been taking care of you, you in return have been taking care of me. You are still my grandchild and always will be. But now, you're a woman too. I want you to belong somewhere, to have roots of your own. With David you will be able to find those roots and live normally like any woman should do. Believe me my dear, your future lies with David and not with a silly old buffer like me. One day, I shall come back. Yes, I shall come back. Until then, there must be no regrets, no tears, no anxieties. Just go forward in all your beliefs and prove to me that I am not mistaken in mine. Goodbye Susan. Goodbye my dear.” 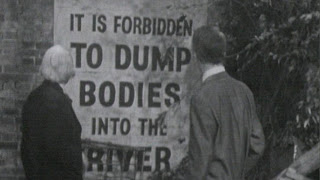 The Dalek Invasion of Earth heralds the return of the surprisingly popular Daleks.  They were so popular from their first appearance in season one that is was a no brainer to bring them back.  But how do you do it?  How do you bring back a creature that appeared to have been destroyed in The Daleks and could not leave the city because they could only move on the metal floor?  Well this is science fiction and anything is possible. 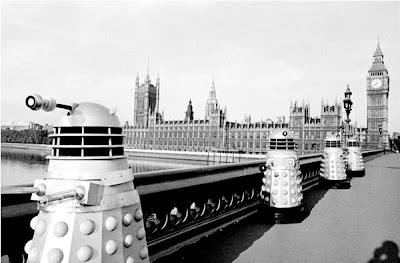 With very little explanation The Daleks were able to move around by using what looks like a radar dish attached to their back.  Problem solved and now The Daleks can go anywhere.  Plus having them invade and conquer Earth was a brilliant idea.  Having them on earth ramps up their popularity and now the viewers can see them around familiar landscapes like near Big Ben and Parliament.  Plus it also increases the scare factor seeing them where you live especially for the children watching.  Best scene was the reveal in World’s End when The Dalek came out of the Thames.  One of the best scenes ever and one that is amazing to see made all the more believable by the looks of astonishment from The Doctor and Ian. 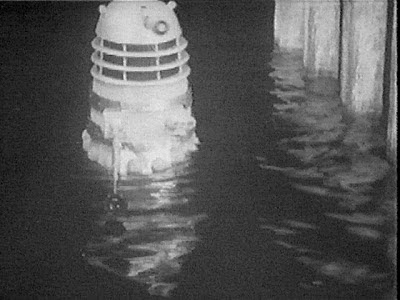 The Dalek Invasion of Earth is one of my favorite Dalek stories and for that matter one of my favorite 1st Doctor stories.  Yes it’s a tad long and drags at times but it is a really story.  It really does well in separating the main characters and giving them all interesting storylines along the way.  Love the way the all get reunited at the mine and come together and help defeat The Daleks.  The Dalek Invasion of Earth is one of the better Dalek stories that Terry Nation did write and his ingenuity to expand on them did help keep Doctor Who going in those early years.  Thankfully he came up with the idea of making them move outside of that city to menace the universe and to give The Doctor an enemy to fight and a recurring villain to keep the fans waiting with baited breath for their next appearance. 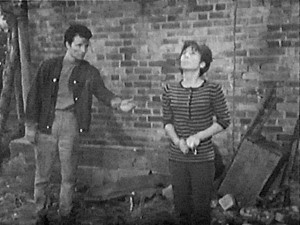 The Dalek Invasion of Earth is also a very important story historically for Doctor Who.  It is the first story that a companion leaves the TARDIS.  Carole Ann Ford becomes the first of many companions to leave The Doctor and it is quite funny that it’s his granddaughter who leaves first.  But anyway she is really good in The Dalek Invasion of Earth and gives a good performance.  In fact Susan’s departure was made for her as The Doctor locked her out of the TARDIS.  He knew she wouldn’t be able to make the decision herself and he wanted her to go out on her own and have a life of her own.  Plus it was pretty obvious she had feelings for David and The Doctor was aware of that and set her free. 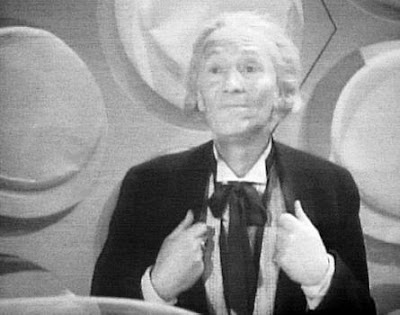 The Dalek Invasion of Earth is one of the finest Dalek stories and 1st Doctor stories.  It is one of the best in Doctor Who and a real gem with a historical aspect to the show.
Grade A