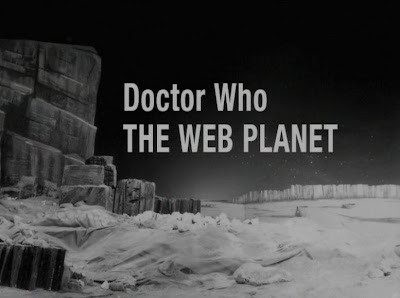 Doctor Who:
The Web Planet
By Bill Strutton

“We seem to be caught. Trapped somehow. This is some strange phenomena. There's no power in the ship. It's useless.”

The Web Planet isn’t one of those stories that you go crazy over to watch again.  No in fact, it is quite boring.  Ok.  To be fair The Web Planet wasn’t intended to be watched in one sitting.  It was in fact a serial that was to be enjoyed weekly with the traditional cliff hanger which was a classic way to tell a story back in the sixties for Doctor Who. 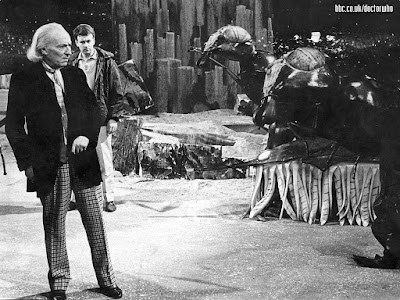 This story comprises part of the second season of Doctor Who shows William Hartnell to be completely comfortable in the role of the First Doctor.  In fact despite his stumbling of words he does a remarkable job with the battle of wits with Animus. The Animus is an intelligence that has mind control over the Zarbi and their fellow creature the larvae gun. In fact the other creatures in this story the butterfly like Menoptera.  These creatures occupy the planet Vortis which at one time was peaceful where they all lived in harmony. 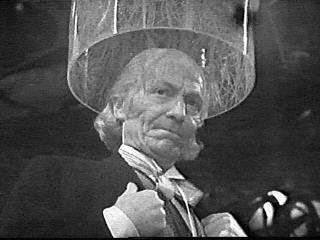 With that said The Web Planet is truly pretty dull to watch but at times can be pretty comical as the poor guys wearing the Zarbi suits are bumping into everything in the set and with other Zarbi.  This is quite comical and helps in watching this story.  I liked what they tried to achieve with the look of the planet.  By making it look shiny and blurry in effects it made it seem like the alien planet was different.  Well to me it did.  In fact it’s a pretty good attempt. 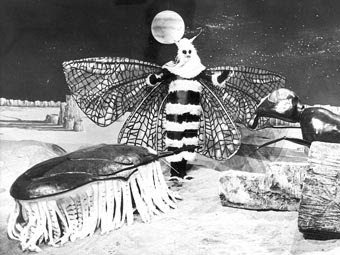 The Web Planet isn’t one of my favorites but it does hold a special place in my heart.  As a child my late Aunt gave me this book as a birthday present.  Not sure how old I was when I got the book as a present, which as it was called back in the day “Doctor Who and The Zarbi”, but I remember being enamored about reading a new Doctor Who adventure that I had not seen before.   Since I live in the USA we did not get the William Hartnell stories for quite some time yet.  So this was my first foray into an era of Doctor Who that I was not familiar with yet. You see in the US we were inundated with Tom Baker stories for quite some time.  It wasn’t until the late 80’s that we got the Hartnell stories so most of our exposure was through the brilliant Target books of the series.  These books were a looking glass into worlds of Doctor Who that were not available to us and thanks to my aunt for getting me started on collecting the Doctor Who Target Books. So when I saw The Web Planet for the first time I was excited to see a story that I read come to life.  So in a sense The Web Planet isn’t one of the best stories but one that has special meaning to me.
Grade C –
Posted by DR5WHO at 9:20 AM