Doctor Who 50th Anniversary: The Edge of Destruction 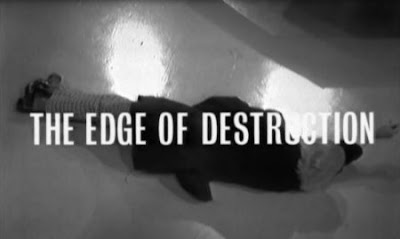 Doctor Who:
The Edge of Destruction
By David Whitaker


“Accuse us? You ought to go down on your hands and knees and thank us. But gratitude's the last thing you'll ever have, or any sort of common sense either.”

The Edge of Destruction is one of those Doctor Who stories that does not get much recognition.   It is a really great story and one that is actually in a way pretty spooky.  I say that because this story is the only one, so far, that takes place entirely in the TARDIS and there is something wrong with the ship as Doctor Number One would call it at the time.  Plus the story and the situation you see everyone pitted against one another and you get a great sense of paranoia from the 4 members of the TARDIS crew.  Maybe that why I like it so much as it is very different and not like the stories we have had so far or will ever. 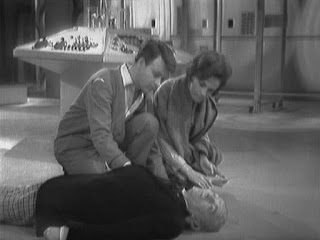 For those that have not seen The Edge of Destruction it is such an easy story to follow along.  It is basically about that there is something wrong with the TARDIS and it is trying to tell the four travelers that something is wrong by dropping hints and clues for them to try and decipher.  There are some good clues like the melting clocks and the scanner showing The Doctor’s and Susan’s trips in reverse order. 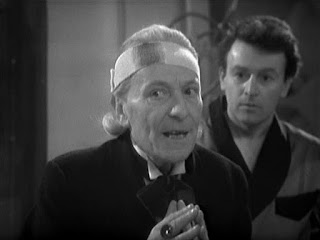 But the problem is that at the beginning they are all disorientated from an explosion which injuries The Doctor’s head.   Keep your eye out for the special bandage that has medicine in it and you can tell its working as the lines of the bandage keep disappearing. There is a lot of strange stuff going on also.  The Doctor’s paranoia and what is up with Susan as she is extremely paranoid and all of a sudden psychotic as she is going around with scissors and using it as a weapon as the TARDIS beds found out.  It is probably the best performance that Carole Ann Ford did during her time on Doctor Who.

What I like about The Edge of Destruction is that the four members of the TARDIS crew need to start trusting one another and figure out what is wrong with the TARDIS and why all the strange stuff like the TARDIS doors opening by themselves is happening.  Since they are still all trying to get to know each other, since this is their third adventure, we get to see some character development especially with Barbara who turns out is a woman who will stand up for herself.  At one instance she tells The Doctor off and puts him in his place. 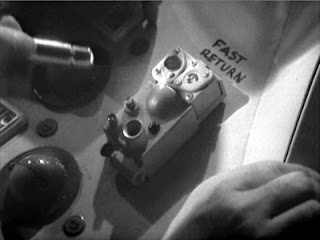 The Edge of Destruction is one of those hidden gems that great series have.  It gets overlooked a lot because it is from the black and white era and quite frankly Dalekmania was off and running and there were other stories from The First Doctor era that get noticed more.  It is a very clever story and one where the main culprit is introduced for the first time.  That’s right the fast return switch.  You see it got stuck and the TARDIS kept going back to the big bang.  How clever is that.  It’s such a simple story that it works.  Sometimes it’s the story that doesn’t have the special effects or the rubber suit monsters that are the scariest like The Edge of Destruction which strikes you on so many emotion levels.  The Edge of Destruction is a pure and classic science fiction story and should get more appreciation from Doctor Who fans.