Doctor Who 50th Anniversary: The Keys of Marinus 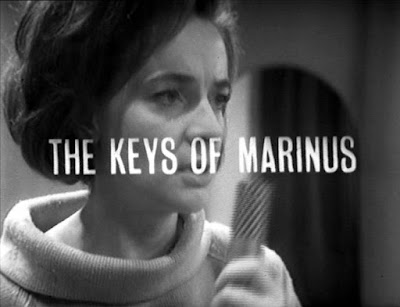 Doctor Who:
The Keys of Marinus
By Terry Nation


“I don't believe that man was made to be controlled by machines. Machines can make laws but they cannot preserve justice. Only human beings can do that.” 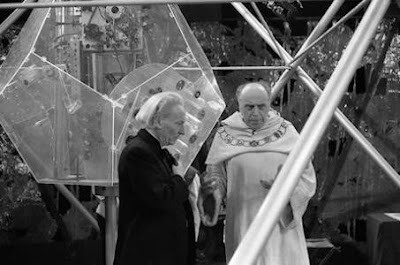 The Doctor and crew land on the planet Marinus where they are asked by Arbitan to help retrieve the keys that power his machine. The Doctor refuses and decides to leave the island of glass that is surrounded by a sea of acid.  Once they get to the TARDIS they find it is surrounded by a force field.  Not happy with what happen The Doctor, Ian, Barbara and Susan are now resounded to the fact that they have to go and retrieve the 4 of the 5 keys that power up the machine which is called The Conscious of Marinus which controls people’s thoughts.  The keys are hidden all over the planet in some of the more dangerous parts of the planet.  So it’s up to the TARDIS crew, with the help of travel dials programmed by Arbitan to where the keys are, to find and return the keys. 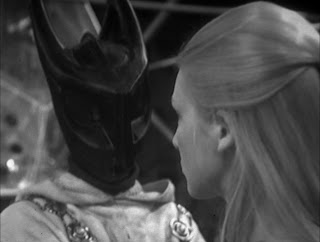 I actually like this story.  It isn’t one of those that are memorable or ones the fans vote for in polls or anything like that but I find it to be a fun story to watch. I like the whole quest adventure feel this story gives us.  Watching a group on a quest is one of the favorite things I enjoy in sci – fi and that’s a strong indicator of why I enjoy The Keys of Marinus.  I like how the group of travelers had to deal with the different obsticles in front of them.  Like the booby trapped areas where the plants are alive and carnivorous to an ice corridor that has 4 knights as guards and one devious and treacherous trapper lurking about.  Those part of the story were very entertaining and which I enjoyed the most. 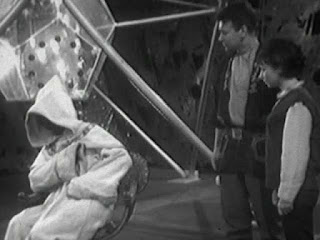 What unfortunately is the downfall are the court sequences that occur in the 5th and final episodes.  With the excitement of the previous episodes to me it just feels like it gets bogged down and a tad dull.  William Hartnell is good as Ian’s lawyer but for the most part the solution was kind of disappointing and predictable.  I did enjoy the conclusion of the story even if it felt rushed.  It was good of Ian to give the Voord the fake key thus ending the treat of the machine as it blew up with the Voords.  It was good to see Ian save the day and come up with a solution rather than The Doctor.  In fact The Keys of Marinus is an Ian story as he is truly the man of action in this story.

The Keys of Marinus is a fun story to watch and one of those that gets lost in the Doctor Who shuffle and one that is typical of the early years of Doctor Who.
Grade B