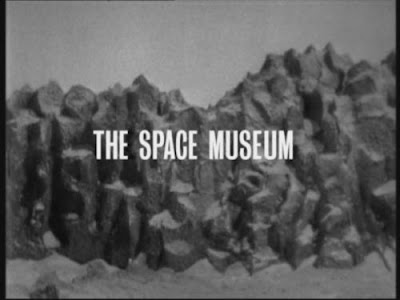 Doctor Who
The Space Museum
By Glyn Jones

“Well, why not? Why shouldn't it be? It's quite natural. After all, you have objects of historical interest on Earth, so why not a museum in space? I always thought I'd find one someday.”

There are all types of museums.  All over the world and for the most part free to enter.  There are art museums, museums that house historical articles and museums that have natural history like dinosaurs and such.  But the most famous museum of all is the Space Museum.  What is the Space Museum? Well it is a museum that is on the planet Xeros.  What is unique about this museum is that there are some pretty interesting exhibits on display.  Like for instance a Dalek from the planet Skaro.  Yes a Dalek on display.  Well maybe its shell as it is pretty empty inside luckily for us. 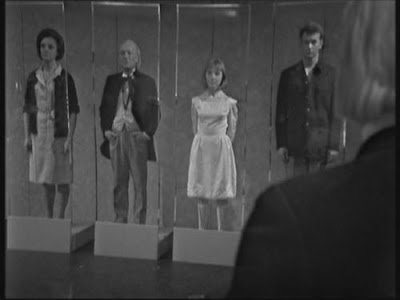 The gem of the museum is the exhibit of the time travelers.  Yes a true gem that.  The four time travelers and their blue box.  It is in fact a marvel that they can all fit in that box and travel through time.  So marvel at the time travelers known as The Doctor, Ian, Barbara and Vicky and look at their wonderful craft The TARDIS the next time you are on Xeros and are visiting The Space Museum. 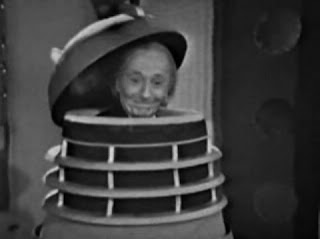 The Space Museum starts off pretty well with a very interesting concept of what happened to the TARDIS crew and why they are in the state they are in.  I found it very cool how they are out of phase with time and that they do not exist yet.  I love how they see their future selves suspended in animation as a display in the museum.  But unfortunately the uniqueness of the first episode is all that I really liked about The Space Museum. 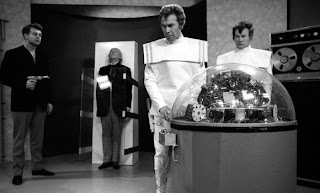 I thought this story was pretty dull to be honest. After the remarkable first episode the next three were a letdown.  It was the same old same old as the cast kept getting captured, escape, and get captured again.  This has been done before but a whole lot better.  The Space Museum lack luster story of an alien race being suppressed by a stronger race is one of the sure fire recipe for a Doctor Who story but in this case I just couldn’t get into it as it just didn’t hold my interest.  It just seemed more of the same but we have seen better up to this point like in The Dalek Invasion of Earth. 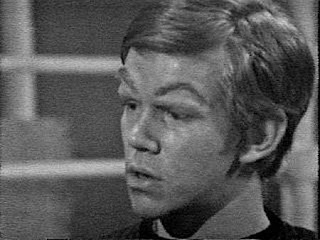 One of the few highlights is that this story features Jeremy Bulloch who later in his life will don Mandolorian Armor as Boba Fett.  It was funny to see him so young and unfortunately with some really bad makeup eyebrows as one of the Moroks. So in closing The Space Museum has an interesting start but a very dull middle and end.
Grade D+