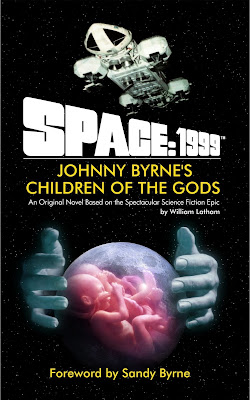 Johnny Byrne's Children of the Gods is the latest Space: 1999 novel to come out from Powys Media. The story was originally conceived by series writer Johnny Byrne and has been adapted by William Latham.  The book is an all new original story based on the 1974 Gerry Anderson TV series, Space: 1999.

Powys Media has produced many novels from the show already including several reprints of some novels that came out in the 70's.  Several novels have addressed continuity issues in between seasons 1 & 2 of the series including the disappearance of several characters.  Another series of novels wrapped up the series in an epic story that was highly ambitious.

http://www.powysmedia.com/
Posted by The Knights at 5:12 PM